Seven players linked to Hartpury have been selected in England Women’s Under-20s most recent squad to face the Army.

Copson, a current rugby diploma student, starts in the back row with former A Level student Ellena Perry in the front row and Cunningham in the second row. Bricknell, who plays for Gloucester-Hartpury women’s team, lines up at scrum half for Jo Yapp’s side.

Diploma sport student Powell will start the game on the bench, alongside Ella Wyrwas – a recent A Level graduate from the college. Hannah Botterman, another former college student, also makes the replacements.

The game kicks off at 7.00pm on Wednesday 14 February at the Army Rugby Stadium in Aldershot. It is the first of the Under-20s friendly fixtures for the 2017/18 season.

Copson, Bricknell and Powell all currently play for Gloucester-Hartpury Women’s RFC, who sit fourth in the inaugural Women’s Premier 15s league table. Former students Wyrwas, Botterman and Perry are both on Saracens books, they currently sit top of the league after 14 games. Cunningham meanwhile is a current Bristol Ladies player. 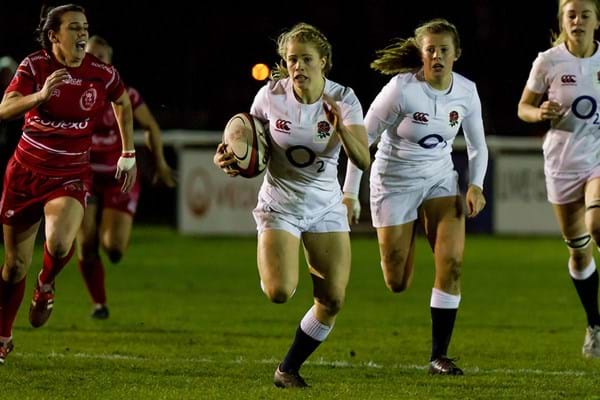