First up was current A Level student Ellie Kildunne, who scored two brilliant solo efforts as England Women eased past Wales 52-0. Sports Business Management degree graduate Jonny May then responded with two tries of his own against Wales men later on Saturday.

Kildunne, winning only her fifth cap for the Red Roses, scored her side’s fourth try of the match to secure a bonus point. She then rounded off the game for England with their eighth try of the day, and her second.

May, currently playing for Leicester Tigers, scored England’s only two tries as they edged Wales out 12-6 at Twickenham. He opened the scoring in the third minute of the game after racing onto Owen Farell’s pinpoint grubber-kick. He was then on the end of an excellent offload from second-row, Joe Launchbury, to score his second shortly after.

Hartpury again saw a number of current and former students playing in the second round of both the men’s and women’s Six Nations competitions. Ross Moriarty was on the opposite side as England beat Wales, starting at eight. Seb Negri also made his second Six Nations appearance for Italy as they lost out to Ireland.

On the women’s side of the competition, Kildunne was joined in the starting line up by fellow Hartpury students Sarah Bern and Amy Cokayne, as well as former member of staff Danielle Waterman. Caity Mattinson was also on the bench for the game. 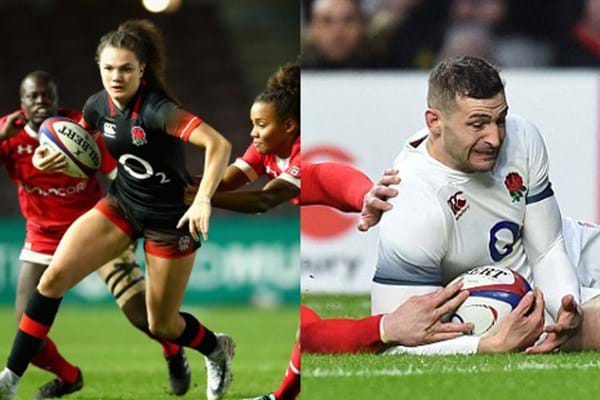