University Centre Hartpury graduate Seb Negri will make his Six Nations bow this weekend when he starts for Italy against England at Rome’s Stadio Olympico.

The BA Sports Business Management graduate lines up at flanker for the Azzurri, winning his third cap in the process. He will line up alongside Italy captain Sergio Parisse, and Zebre Rugby’s Renato Giammarioli in the back row.

He won his first cap for Italy against the United States in San Jose before adding a second appearing against Canada last year.

Last year, Negri said: “I’m playing rugby with and against people that I’ve looked up to my whole life and watched on TV. With Italy I’m playing alongside people like Sergio Parisse and Leonardo Ghiraldini. It’s surreal but it’s an amazing experience and I’m really living my dream.

“There aren’t many places like Hartpury that can give you the opportunity to play in elite leagues, whether that’s with the university side or the Championship, while you’re studying for a degree. If you perform week-in, week-out people will notice you. There’s no better platform for you to showcase your skills and your talent.”

Negri won’t be the only player with Hartpury ties to be a part of the Six Nations Tournament either. England winger Jonny May is a fellow University Centre Hartpury graduate and will line up against Negri when England take on Italy this weekend.

Wales also have former students Ross Moriarty and Alex Cuthbert in their tournament squad but are yet to announce their team for their curtain raiser against Scotland on Saturday.

19-year-old A Level graduate, Bianca Coltellini, could also find herself involved in the England game, but for opponents Italy. Coltellini is part of the Azzurre squad for the Six Nations but they are yet to announce their team.

Wales, meanwhile, have current student Beth Lewis and Rebecca De Filippo, as well as Gloucester-Hartpury player Cerys Hale in their matchday squad. Lewis and De Filippo line up in the back row and at centre respectively, while Hale will start on the bench for Rowland Phillips’ side. They face Scotland Women. 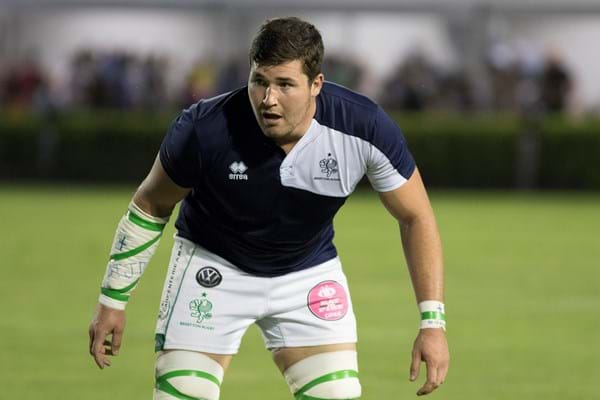