England Rugby age groups have picked nine of Hartpury College’s AASE Championship-winning side to join them in upcoming development camps.

England’s Under-18 side have selected four Hartpury students to attend their February development camp, while the Under-17s have selected five. This is the highest number of students from any one college side to have been picked for England age groups.

Prop Olly Adkins, centres Jake Morris and Jack Reeves, and back rower JJ Tonks will link up with the England Under-18 squad. They will attend a development camps from Thursday 22 to Sunday 25 February. Adkins, Morris and Tonks all study rugby diplomas at the college, while Reeves is taking his A Level qualifications.

England’s Under-17 side meanwhile have called upon five students from the college. Rugby diploma students Harry Daynes, Issac Marsh and Louis Rees-Zammit, are joined in the squad by A Level student Archie Tarbuck and Rowan Mullis, who studies a sport diploma.

Props Daynes and Mullis, centre Isaac Marsh, second row Tarbuck and Rees-Zammit, a winger will attend the England Under-17 camp. It runs from Wednesday 21 to Thursday 22 of February. No games for the Under-17 side have been confirmed yet. 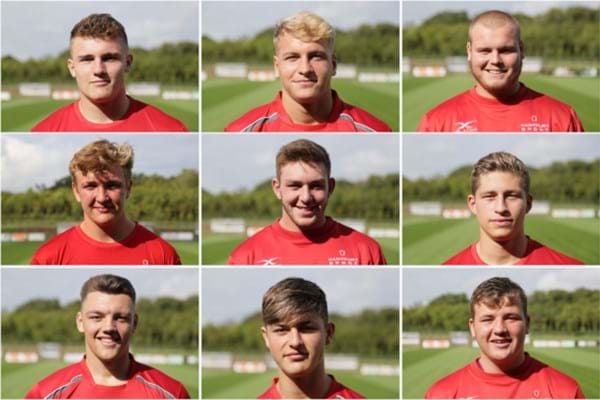