Hartpury student Ellie Kildunne continued her remarkable Six Nations scoring streak with another try in their game against Scotland this weekend.

The 18-year-old A Level student scored her side’s fourth try of the game to seal a bonus point for the Red Roses in their third game of the competition. That latest try means she has scored eight tries in the six games since she made her full international debut.

Hoping to follow in the footsteps of Kildunne’s success was winger, and current Physical Education and School Sport degree student, Kelly Smith. The Gloucester-Hartpury player made her debut for England from the bench in the second half of the game.

Kildunne and Smith’s England and Gloucester-Hartpury teammate, Sarah Bern, also got on the scoresheet. The 20-year-old prop, a current Strength and Conditioning degree student, scored England Women’s second try in the 43-8 win.

Danielle Waterman, who was winning her 80th cap for the Red Roses, opened the scoring on the night. Waterman was previously Hartpury’s junior women’s rugby coach.

Former Hartpury student, Sarah Bonar was unfortunately on the losing side against England as she featured for Scotland, winning her ninth cap in the process. The A Level graduate was actually part of the rowing academy while studying her A Levels at the college before switching to rugby at university.

Elsewhere in the women’s competition, current student Rebecca de Filippo, Beth Lewis and Hannah Jones were on the losing side as Wales were beaten by Ireland. Cerys Hale, a Gloucester-Hartpury Women’s player, also featured for Wales. Bianca Coltellini, an A Level graduate, made her senior debut coming off the bench as Italy Women were well beaten by France in Corsica.

Meanwhile, despite their best efforts, the men’s rugby players with Hartpury ties had a less favourable weekend. England’s Jonny May, a Sports Business Management degree graduate, was on the losing end of a surprise victory for Scotland as they reclaimed the Calcutta Cup. While rugby diploma graduate and Wales forward Ross Moriarty also saw his side lose 37-27 in Ireland.

Seb Negri also started his third straight Six Nations game but was unable to prevent Italy losing again, this time to France. During the match, BBC commentators were really impressed with Negri’s performance and singled him out as having the potential to be the next Sergio Parisse. 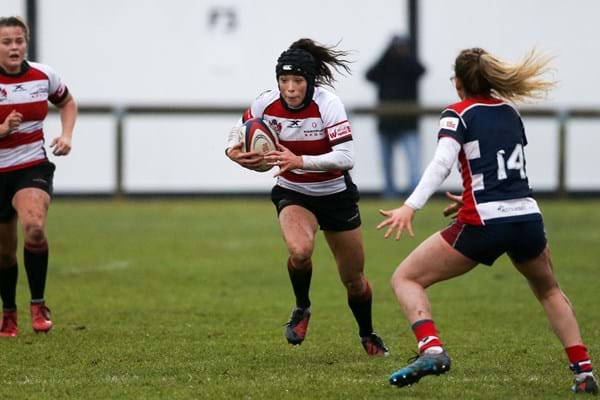