Former Hartpury College student Amy Murphy will reach another major landmark as a racehorse trainer when she saddles her first-ever Cheltenham Festival runners this week.

Racehorse trainers dream of competing for the trophies and thousands of pounds in prizemoney on offer at the showpiece meeting, which gets under starter’s orders tomorrow.

Amy, who gained a triple distinction – the highest grades possible – in the Level Three Extended Diploma in Horse Management at Hartpury, will manage it in only her second season!

She doesn’t have too long to wait before making her debut at the festival because one of her runners, Kalashnikov, who has been beaten only once in five races, has been entered in the very first race tomorrow.

On Thursday, Amy is set to have her second runner at the festival – headlined by the Gold Cup on Friday – when Mercian Prince attempts to win for the sixth time in his career.

“We’ve got off to a fantastic start and the horses are happy and healthy, which is a major part of it.”

Kalashnikov, owned by Amy’s father Paul, underlined his growing reputation as one of the top young hurdlers in the country when he romped to victory at Newbury last time.

Named after an assault rifle, Kalashnikov is now aiming for the biggest victory of his career so far in the Supreme Novices’ Hurdle.

“He has done way more than we could ever have imagined as a novice hurdler,” said Amy. “He’s a chaser in the making so win, lose or draw at Cheltenham he doesn’t owe us anything.

“This time last year he hadn’t even set foot on a racecourse, so to have done what he’s done in such a relatively short time is phenomenal.

“As well as Kalashnikov, we’re also planning to run Mercian Prince, who is very much the forgotten horse, in Thursday’s Grade Three handicap chase.”

Amy, who is based in Newmarket, said her studies at Hartpury College had provided her with a superb platform on which to build her career in horseracing.

It helped her gain a wealth of experience working for leading trainers, including Gold Cup winner Nicky Henderson.

“It was a great grounding for me at Hartpury,” said Amy. “I learned an awful lot during my time there and it was a great way to get started.”

For information about the range of equine studies courses available at Hartpury, click here. 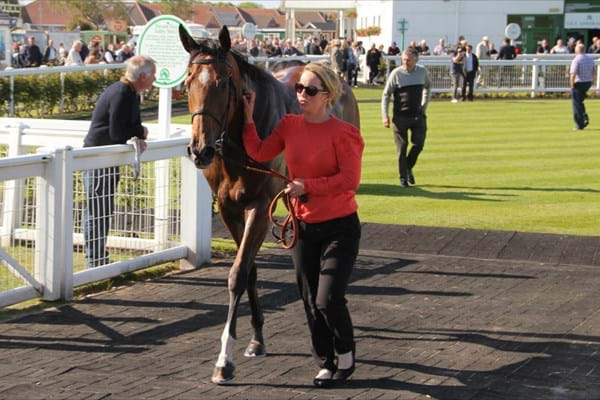