Less than 12 months ago Sebastian Negri and Jake Polledri were playing together for Hartpury RFC – tomorrow they will play for Italy for the first time together in the Six Nations.

They will line up in the back row either side of legendary Italian number eight Sergio Parisse in the Azzuri’s final NatWest Six Nations match of the current series against Scotland in Rome.

Former Hartpury student Negri will be winning his seventh cap for Italy, having appeared throughout the Six Nations, while Polledri will be making his international debut.

The last game of the 2016-17 season, at Blackheath, was the final occasion on which either player turned out in the red and black of Hartpury.

It was also the day on which Hartpury secured their 30th win of that memorable campaign and ensured they finished with a 100 per cent record.

Negri, initially capped twice by Italy in 2016 while still a Hartpury student, had already announced his intention to join Benetton Treviso, for whom he has subsequently appeared extensively in both the Super14 and the European Rugby Champions Cup.

That Blackheath game was just four weeks after he had skippered Hartpury to a ‘double’ league and knock-out triumph in the inaugural BUCS Super Rugby competition – Hartpury’s sixth BUCS win in 11 seasons.

It had also been revealed in March 2017 that Polledri, after two seasons as an outstanding, barn-storming back-row forward for Hartpury RFC, had signed professional terms with our neighbours Gloucester Rugby.

Polledri (pictured) has gone on to have a tremendous impact for the Cherry and Whites and his development has helped the ease the loss felt at the impending departure of yet another Hartpury old boy, British Lion Ross Moriarty.

Having quickly made his mark in Premiership rugby, Polledri was drafted into Conor O’Shea’s squad ahead of the Six Nations and now gets his reward for a stellar rise since joining Hartpury three years ago.

Hartpury Director of Rugby John Barnes was quick to congratulate Polledri on his elevations, saying: “It is great to see another alumni of Hartpury RFC gain full international honours.

“Two outstanding seasons for Hartpury gained him his professional contract and since then he’s shown what he can do in the Premiership. He fully deserves his selection.” 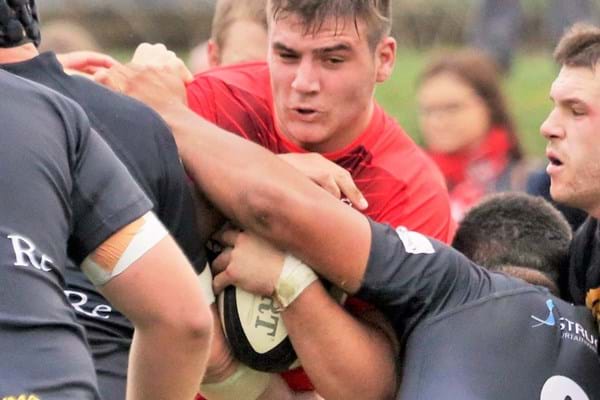