Marc has been named Vanarama National League South manager of the month after guiding Gloucester City to three wins and two draws from five league matches in February.

In relegation trouble when Marc took over as manager in December, City are now pushing for a place in the top-seven and a shot at promotion through the play-offs.

Reflecting on his award success, Marc said: “I’m really chuffed, but it should really be a team of the month award, not just a manager’s award, because every one of the backroom team plays a huge part.

“It’s a massive team effort from everyone on and off the pitch.

“Off the pitch, I’ve received great support from performance analyst Luke Brick, who works across Hartpury and Gloucester, assistant manager Will Morford, who was a student at Hartpury, secretary Shaun Wetson, Ade Tandy, kit-man Mike Nash and physio Charlotte Wigmore.

“On the pitch, it just shows that when the lads work together they’re capable of achieving a lot.

“No one gave us much of a chance of avoiding relegation earlier in the season but now we’re only 10 points off fourth place - who knows what we can achieve over the rest of the season?”

Marc said the experience he had gained working in a number of leadership roles at Hartpury, where he also studied, had provided him with a platform to move into football management.

Marc said: “I’ve had a really good grounding with the development and the opportunities I’ve had working at Hartpury, as a lecturer, coach and football development manager.

“With the range of top-class facilities we have across a number of sports at Hartpury, it’s just like being at a professional sports club.

“So while it is my first management job in the non-League pyramid at Gloucester City, I have been a manager and coach within a professional environment for some time.

“In addition, I already knew some of the players I have recently signed for Gloucester City through my time at Hartpury, like Matt Williams, who was a student at the college.” 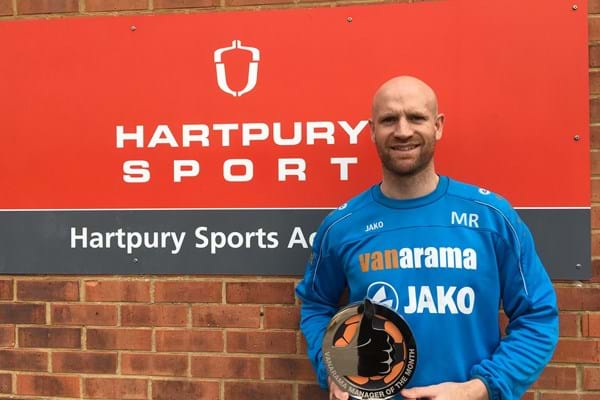