Hartpury students past and present are preparing to launch their challenge for rugby medals at the 2018 Commonwealth Games in Australia.

An impressive number of alumni and current students have been named in their respective nation's men’s and women’s squads for the sevens tournament at the Robina Stadium in Queensland.

In the sevens competition for women, which is making its Commonwealth Games debut, current student Hannah Jones (pictured) and Gloucester-Hartpury player Sian Williams are members of the Wales squad.

Wales and England both faced two matches in Pool B today, against Fiji and Australia, before going head to head in their only other pool match on Saturday.

England are playing all three of their Pool B matches tomorrow, when they will take on Jamaica, Samoa and Australia.

The top two teams in each of the two women’s pools and the winners of the four men’s pools advance to the semi-finals.

The semi-finals, final and bronze medal matches for both tournaments will be played on the final day of the Commonwealth Games, Sunday.

In the netball tournament, which is already currently under way, the Wales squad included former Hartpury students Sarah Llewellyn and Rosie Pretorius, who is Welsh Netball’s Head of Performance.

Tom Radcliffe, Director of Elite Sport at Hartpury, said: “We’re extremely proud of all our current and former students who have been selected for the Commonwealth Games.

“It’s a huge honour to represent one’s country, especially at such a showpiece occasion, and we’d like to pass on our very best wishes to everyone connected with Hartpury and hope they have a fantastic experience in Australia." 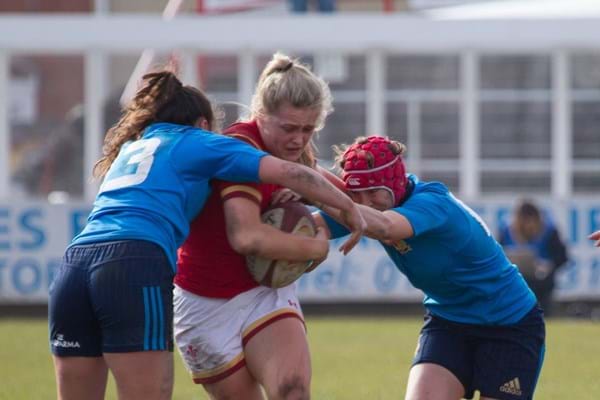