The 20-year-old’s displays for Hartpury last season cemented his reputation as one of the Championship’s standout half-backs.

Randall, who played for England at the Under-20s Junior World Championship, is looking forward to developing his career under Bristol head coach Pat Lam.

“I’m massively excited about the vision and the ambition that Bristol have in place and I’m looking forward to what the future holds,” said Randall.

“I spoke to Pat Lam about what he wants to achieve, but also how he sees me developing.

“Bristol play an entertaining brand of rugby and I’m confident it’ll be suited to the way I enjoy playing the game.”

Randall can now look forward to facing his former club Gloucester, as well as the likes of Leicester and Saracens, next season after Bristol won the Championship in convincing style.

Lam, whose side have lost only one of their 21 league matches this season, said: “We’re delighted to be able to bring a player of Harry’s calibre into the squad for the coming campaign – he’s somebody we have been impressed by for a long time.

"Harry fits the bill of the sort of players we want at the club; young, English and exciting to watch. He’s a dynamic and intelligent scrum-half who is eager to learn." 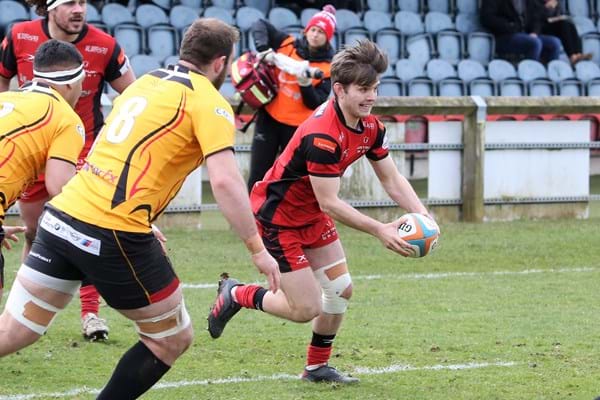