Hartpury students are preparing for a huge day at one of the world’s most iconic sports stadiums after their men’s and women’s rugby teams both reached the finals of a showpiece competition.

The men’s team will join their female counterparts at the British Universities and Colleges Sport Rugby Union Championship Finals day at Twickenham – the home of English rugby – next Wednesday (11 April) after a stunning 41-15 semi-final victory over University of Exeter.

Coached by Sean Lynn, they will be looking to retain the trophy they won at Twickenham last year following a hard-earned 27-24 success in the final over the same South West rivals.

Standing in their way next Wednesday will be Cardiff Metropolitan University, who reached the final with a 55-21 victory over the University of Bath.

The women’s team, coached by Susie Appleby, will face University of Exeter in their final after powering to a decisive 34-7 victory over Northumbria University in their semi-final tie.

Tom Radcliffe, Director of Elite Sport at Hartpury, said: “It’s a magnificent achievement for both teams to have reached their respective finals and we’re extremely proud of everyone involved.

“Now, thanks to their dedication and hard work, they have an amazing opportunity to grace the same Twickenham pitch on which many of the world’s greatest rugby players have played.

“Hopefully, they can enjoy what promises to be an extremely special occasion and, roared on by their friends, family and fellow students, are able to grasp the opportunity to bring yet more silverware back to Hartpury.” 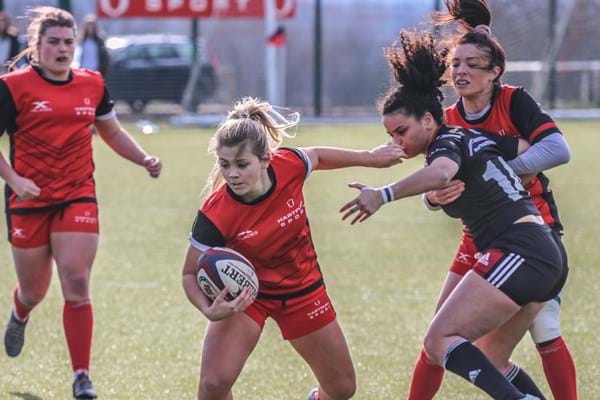