Hartpury student Josh Hood has been named in the Pentathlon GB Team for the 2018 Under-19 World Championships in Portugal.

The 16-year-old, who is studying a Physical Education and Coaching Diploma, has secured his place at the showpiece event in Caldas da Rainha after a memorable first season on the international stage.

Josh, who trains at Hartpury’s Modern Pentathlon Academy, will be making his World Championship debut as part of GB’s eight-strong line-up.

Hartpury’s Modern Pentathlon Academy is managed by Russell North, who will be coach of the boys’ team at the championships.

Josh gained experience as part of the GB team at last season’s Under-19 European Championships, which also took place in Caldas da Rainha.

Tom Radcliffe, Director of Elite Sport at Hartpury, said: “We’re immensely proud of Josh’s achievement in being called up for the World Championships.

“It is well-deserved recognition for his hard work and performances over the past 12 months, including in the under-19 age group against older competitors, and everyone at Hartpury would like to wish him the very best of luck in Portugal.”

The format of the Under-19 World Championships sees competitors battling for points in swimming, fencing, running and shooting events.

Originally from Hull, Josh was crowned the winner of the Junior Sportsman Award as part of the 2017 Hull Daily Mail Awards. 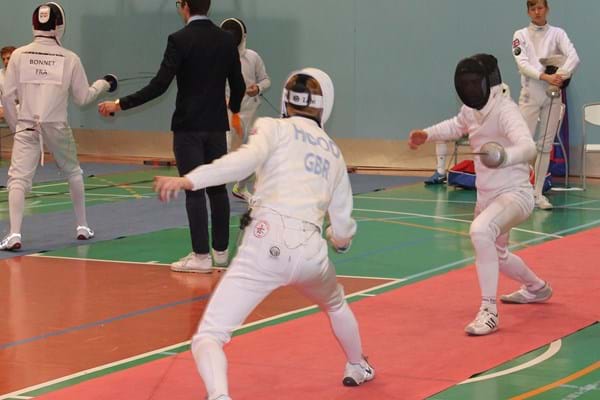