Two Hartpury College students have been selected to represent Great Britain for the first time at a major rowing competition this weekend.

James Cartwright, a second-year A-level student, and Rhiannon Morgan, in her first year of A-levels, will make their GB debuts at the Munich Junior Regatta, taking place over the Olympic Regatta Course.

James, who is on the British Rowing World Class Start Programme, learned to row at Gloucester Rowing Club where he was coached by one of Hartpury’s undergraduate intern students, Jes Robson.

He and Rhiannon were selected for the GB’s star-studded team for the regatta after producing impressive performances at the recent Spring Assessments.

Their GB team-mates in a 31-strong line-up this weekend will include World Rowing Junior Championship silver medallists Victor Kleshnev and Bryn Ellery.

“We’re delighted their talent has been recognised by the selectors and hope the international event in Munich is their first of many in GB colours.” 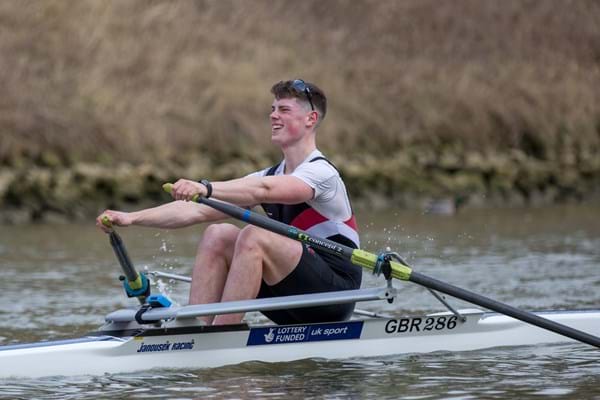