Hartpury students have been crowned national champions after storming to victory at the 2018 Intercollegiate Tour Finals.

Hosted by Hesketh Golf Club in Southport, the Finals are the premier event in the college calendar with regional winners from across the UK all coming together to compete for national glory.

Hartpury led by only one shot over the first 36 holes, but they stretched their advantage in the closing stages to take the title.

Matt Elllis, Hartpury Golf Academy Manager, said: “On day one, we played 36 holes and the 40mph wind made the course very difficult.

“On the second day the wind was replaced with rain, and again the girls played brilliantly and the boys steadied the ship with some consistent scores.

“Ebonie just lost out on the individual prize by a shot, but she shot three very good scores, while Sophie also finished in the top five.

“It’s another great result for the golf department with wins now in St Mellion, regional winners in both tours (ICT and BSCT), and George Bryant winning the English and Welsh Championships, also in Southport.”

For information about the courses in golf studies at Hartpury, click here 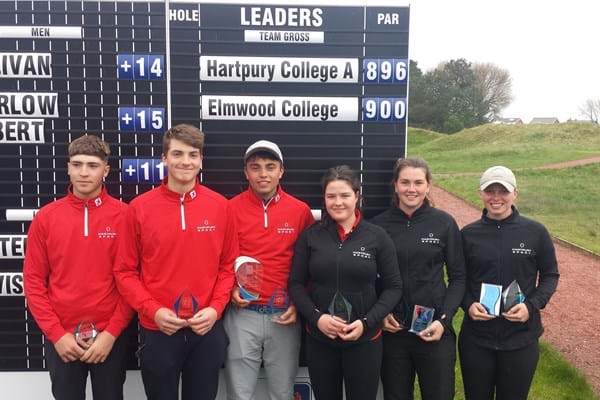