Four former Hartpury students have been named in the England Women’s squad for the 2018 Rugby World Cup Sevens in the United States this weekend.

Abbie Brown, who has the honour of captaining the side for the tournament in San Francisco, which starts on Friday, will be joined in the 12-strong group by Natasha Hunt, Alex Matthews and Holly Aitchison.

Susie Appleby, the Women’s Rugby Senior Manager at Hartpury, said: “We’re extremely proud of our former students who have been called up by England for the World Cup Sevens.

“It’s a huge honour to represent one’s country, especially at such a showpiece occasion, and it is well-deserved recognition for their undoubted talents and their commitment and dedication to the game.

“Everyone at Hartpury would like to wish all the players the very best of luck in San Francisco and hope they have a memorable experience.”

England, seeded eight of the 16 teams, will begin their challenge for World Cup glory against Ireland on Friday, with the quarter-finals, semi-finals and final taking place on Saturday and Sunday.

“We see San Francisco as a celebration of all of the hard work that the entire unit of players has put in this season and as another opportunity to go out there and create some very special memories,” he said.

“Our first game against Ireland is going to be tough as they’re a strong outfit, but we’re relishing the opportunity.”

They will kick off their challenge on Saturday against the winner of the tie between Samoa and Uganda. 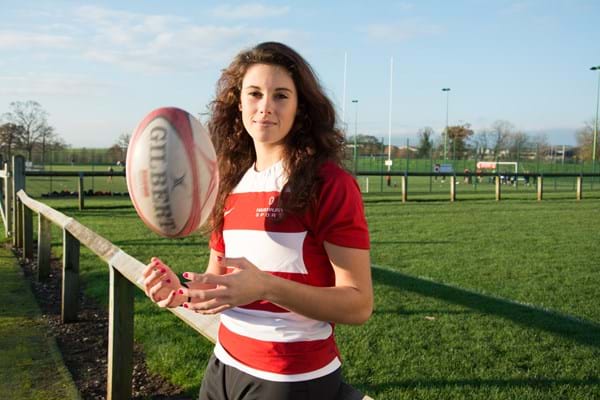