Hartpury was pleased to host the Festival of Dressage and welcome Olympic-level riders to its Gloucestershire campus across five action-packed days of dressage.

Olympic Gold medallist Charlotte Dujardin stole the limelight as she claimed seven wins across the five day event. She produced a string of exquisite tests which saw her beat her Olympic team mates Carl Hester, Spencer Wilton and Fiona Bigwood to the top spots.

Charlotte claimed the victory in the following classes:

Great Britain Para riders put in spectacular performances during the first three days of the festival in the Team Tests, Individual Championship Tests and Freestyle Tests, grades I-V. Highlights include:

The Saturday Gala Evening was a celebratory event with two classes, a music demonstration by world-renowned dressage composer Tom Hunt and a prize giving to round-off the evening.

Spectators were treated to an informative lecture demo by Tom Hunt, who showed them how he puts together the perfect musical compilation for a dressage freestyle. Renowned young horse producer and international dressage rider Rebecca Hughes and her daughter Ruby helped the demonstration by trotting and cantering in time with the music.

The Gala Evening live stream will be broadcast on the Festival of Dressage website on Saturday (14 July). Click on the ‘live stream’ tab to catch Charlotte Dujardin and Richard Davison’s winning performances as well as Tom Hunt’s music demo.

A full round-up of the action on every day of the festival can be found on the Hartpury Festival of Dressage website. View the results tables from the event here.

Check out the Festival of Dressage Facebook and Twitter to see what we’ve been talking about and join in the conversation using #HartpuryFOD. 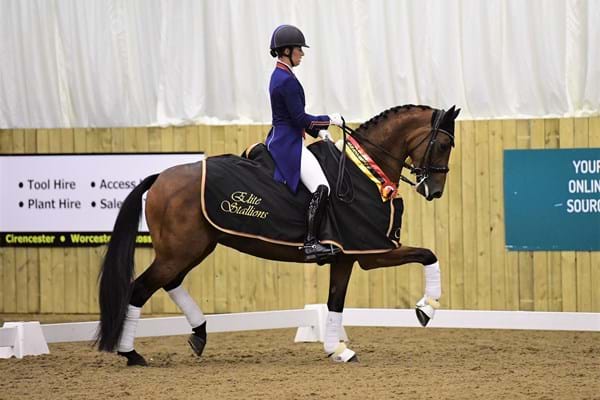