The Tyrrells Premier 15s will be played over 18 rounds, beginning 8-9 September and culminating with play-offs and a title final on 27 April next year.

With no promotion or relegation over the first three seasons, there are no changes to the 10 teams within England’s top-flight women’s domestic competition.  The competition operates in a league format with home and away fixtures.

In a change to last season, the top four teams will play just one semi-final, hosted at the respective grounds of the first and second-ranked team after the conclusion of the league games.

As they prepare for the start of the campaign, Gloucester-Hartpury Women will travel to France In August for a preseason training camp as well as playing two friendlies.

Having finished fourth in their first season competing in the Tyrrells Premier 15s, head coach Susie Appleby is looking to explore every avenue to improve the squad’s performance ahead of what will be a challenging campaign.

This will be the first time that the squad have been away on a training camp and Appleby is looking forward to what will be a terrific experience for everyone involved.

“It’s brilliant, it’s something that we really wanted to do last year but we didn’t quite have the resources or the necessary time to make it happen,” she said.

“Richard Hill, who used to coach Bristol and Gloucester, is now responsible for all the rugby in Normandy and has helped to make this possible for us.

“It’s a pre-season training camp but is just as much about team bonding and cohesion exercises as it is about the rugby.

“We’re going to play a couple of games, against Rouen and Caen, but the main thing is to get away for five days as a group, getting to know each other so that when we start the season, no one is a stranger and that’ll show on the field.”

It’s a far cry from 12 months ago when the major challenge for Susie and her coaching team was to pull together a squad capable of competing at the top level. Inevitably, things took time to gel.

“Between September and Christmas last year, we were literally all getting to know each other, understanding how each other played,” she said. “Between January and April I think we made massive gains in how we played.

“I think the understanding of how we wanted to play was there, and we were doing the right things at the right time but obviously making a lot of mistakes as we learned as we went along, trying to play rugby.

“When we finished last season, in the final play-off game against Saracens, although the result didn’t go our way, it was possibly our most finished performance and there were glimpses of how we could identify space and move the ball which is where we’re really trying to get to.

“What I’m trying to say is that, nine months after pulling together that group of players for the first time, we were really starting to get somewhere.

“Obviously, we’ll start pre-season with a few changes and may take a couple of steps back before we go forward again but I definitely think we’re in a really strong position compared to this time last year.

“It’s really exciting, new faces and young players continuing to come in because of the Hartpury connection and we’ll see where it takes us.” 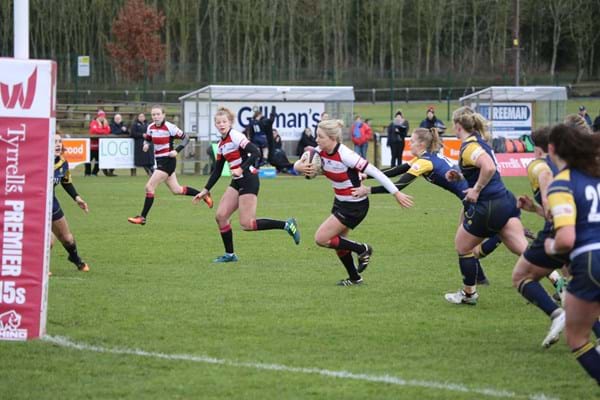