Seven players with links to Hartpury College and University Centre have been named in the England Women’s Sevens squad for the 2018-19 season.

Their major targets this season include qualification for the Tokyo 2020 Olympic Games and a strong showing in the HSBC World Rugby Women’s Sevens Series, which gets under way on 20 October.

Tom Radcliffe, Director of Elite Sport at Hartpury, said: “We’re absolutely thrilled that so many of our former and current students have been included in the England Women’s Sevens squad.

“It’s a massive achievement by all the players to win contracts with England and we wish them well in their forthcoming matches.

“For virtually half of the 17 players in the squad to have studied and trained at Hartpury is also a real testament to the success of our rugby programmes and reflects the quality of our squads and our coaches.”

For the first time, the women’s squad will use the same facilities as the men’s squad, which includes another former Hartpury student, Dan Norton, at The Lensbury in Teddington.

Head coach James Bailey said: “There’s a real excitement about the squad and confidence in this talented group of players.

“What we have looked at is bringing together a group who will allow us to play a unique style of sevens.

“While we have a number of experienced names, we have some talented athletes who started their sporting careers outside of rugby.

“There are a huge number of positive opportunities that await us this season, especially as we move to The Lensbury where we will be able to share best practice between ourselves and the men’s team, building on the existing links and creating a closer alliance between the two squads.” 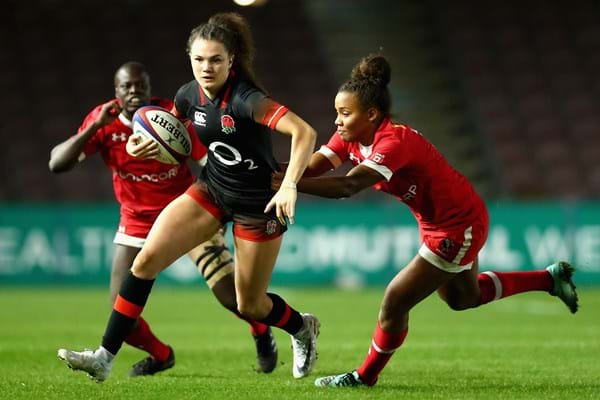