England netball international Paige Reed has been appointed to a key role within the highly successful Netball Academy at Hartpury University and Hartpury College.

The 21-year-old, who was recently named in the England Futures squad, is the new head coach of the Hartpury University netball team competing in British Universities and College Sport (BUCS) competitions.

Paige, who will play for the university team, will also help coach and support all netball players at Hartpury after being named as Netball Academy assistant coach.

“I’m really pleased with my progression as a coach at Hartpury and excited to have been offered my new job role.

“Being able to work in a high-performance environment and further my studies at the university, means I am able to develop as a player, student and coach.

“This new job role will be an exciting challenge for me and I know I have a great support network around to better myself as a coach.

“In terms of supporting the athletes, I’m planning to pass on the benefit of my experience and the world-class coaching that I have received, to give the players the best possible chance of fulfilling their potential.

“I want to ensure I am putting them in the best form ahead of the season - I want to win!”

Paige is among only 11 players to have been named in the England Futures programme, which is designed to develop and support the next generation of England players alongside the senior squad.

“The passion and drive she brings to the academy is contagious and she is a fantastic role model to all our university and college athletes.

“I will continue to support Paige in any way possible on her England Roses journey.”

Paige’s appointment follows another strong presence from Hartpury students at the National Performance League (NPL) netball tournament, an annual competition for the most talented young netball players in the UK.

The NPL tournament has separate under-17, under-19 and under-21 competitions and features teams from the Vitality Netball Superleague, including Severn Stars, to which the Hartpury Netball Academy has a close association.

As well as supplying players through its Academy, Hartpury assists in training and supporting potential Severn Stars players of the future through its ‘Nova’ programme.

Holly said: “Having a strong Hartpury presence at the NPL tournament this year is a testament to the programme we are running here for our student athletes.

“The NPL tournament is the pinnacle of age-group netball in the UK and being a part of it was a personal achievement.

“The experience that the athletes and I have gained from the tournament will only have a positive impact on our academy and our sport as a whole going forwards.” 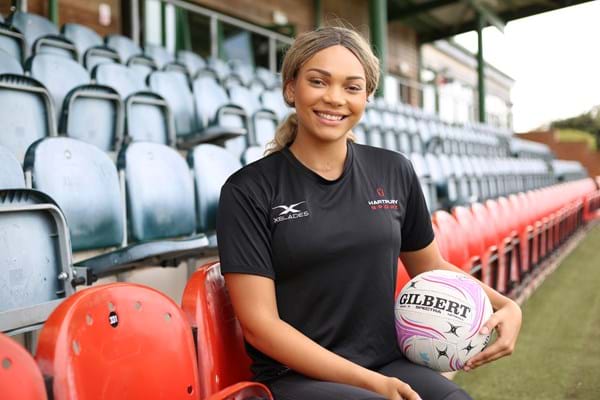