Hartpury students have been given a fantastic opportunity to train and play top-level rugby alongside one of the legends of the women’s game.

Many of the Tyrrells Premier 15s club’s players are former or current students at Hartpury University or Hartpury College, including Heather’s international team-mate and former A-level student Millie Wood.

An England regular in both the 7s and 15s formats of the game, Heather has joined Gloucester-Hartpury on a short-term contract after recently announcing that she will be taking a break from the international game.

First capped in 2009 for England, her international career has included being a member of the 2010 and 2014 Rugby World Cup squads, helping the squad to lift the trophy in the latter tournament in France.

She represented Great Britain at 7s at the 2016 Olympics in Rio and won a bronze medal with England 7s at the 2017 Commonwealth Games.

Gloucester-Hartpury Head Coach Susie Appleby, who is also Hartpury Senior Women’s Rugby Academy Manager, said: “When I heard that Heather was available, even for a short period, I didn’t hesitate to get in touch.

“She’s been a fantastic player at the highest level for a long time and a superb ambassador for the game.

“Heather will bring so much to the group. The experience she has gained is something that will be so beneficial to the younger members of our squad in particular.

“She is still performing at the peak of her powers – she will be a real asset for us.”

Heather said she had been impressed by Gloucester-Hartpury while commentating on one of their matches.

“I watched them playing and I thought to myself that I could see myself playing a few games,” she said. “They don’t give up and they keep going right until the very end – I like the style they play.” 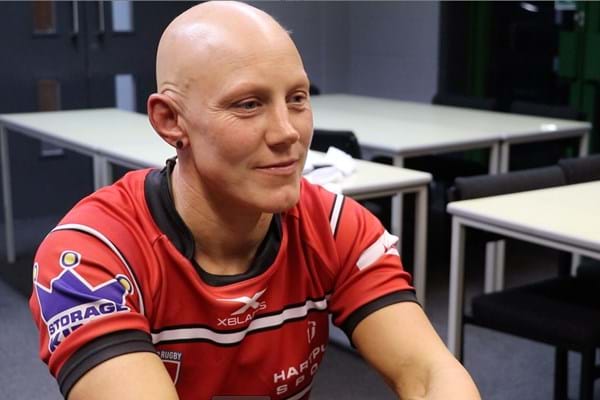