Hartpury’s Modern Pentathlon Academy manager Russell North is “honoured” to have been appointed to a key role within the Great Britain squad at the 2018 Youth Olympic Games in Argentina.

He has been named as Team Leader for the Team GB Modern Pentathlon team competing at the showpiece event in Buenos Aires, which gets under way on Saturday, 6 October.

“Working at Hartpury as the Modern Pentathlon Academy manager over the past year has greatly help my development as a coach,” explained Russell.

“It has given me the opportunity to work with high-level athletes on a daily basis.

“This has pushed me on to become a better fencing coach and has enabled me to really show what athletes can achieve through a strong run/laser run programme.”

Hartpury’s modern pentathlon athletes have access to a wide range of exceptional coaching and equipment, including the world-class riding facilities within the Equine Academy.

“Being selected to coach at the Youth Olympic Games is a great honour,” added Russell.

“I will be travelling with Team GB, comprising 42 athletes and 40 coaching and support staff, as the sole representative from the Pentathlon GB coaching team.

“Over the past year I have really tried to better myself as a coach in what I deliver to athletes in the hope of being selected to coach at the Games.

“It's very exciting opportunity and I will gain a lot of experience from coaching at a major multi-sports event that will help to further enhance the training that we deliver at Hartpury.” 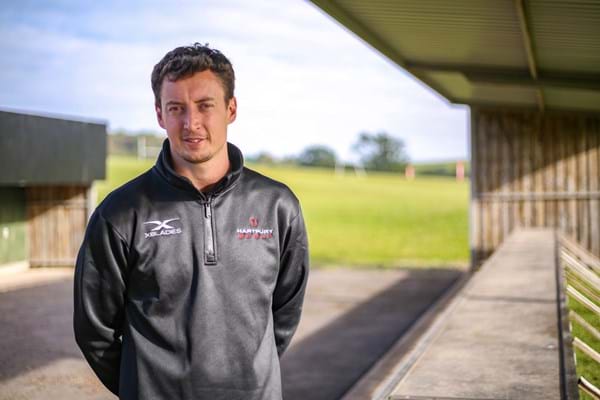