Hartpury’s Netball Academy is celebrating yet more success after an impressive number of its players and coaches were selected to represent Superleague franchise Severn Stars this season.

Martha Scott and Ellen Morgan, who study at Hartpury University, and Thalia Letori and Nia Evans, both students at Hartpury College, have been named in the Under-19s squad.

They are joined by Katie Pauling, Nadine Baird and Hannah Howl, who are all graduates from Hartpury’s ‘Nova’ programme that assists in training and supporting potential players of the future for Severn Stars.

Hartpury University student Scarlett Smith and graduate Brooke Vivian have been selected for the Under-21s squad, for which the coaching team includes Hartpury graduate Kellie Hull.

Paige Reed, the head coach of the Hartpury University netball team and current student, and Sam Cook are members of the senior squad.

Holly Duerden, the manager of the Netball Academy at Hartpury, has been appointed as assistant coach of the squad.

“We’re very proud of all our current and former students who have been called up to represent Severn Stars – it’s a fantastic achievement,” she said.

“I’m honoured to have been selected to be a part of the VNSL coaching team and I think it’s a great reflection of the success we’re having as a team at Hartpury.

“It will be an absolute privilege for me to work alongside England A head coach Sam Bird and with all members of all the squads, many to which represent on the international circuit.

“These opportunities do not come around often and I’m sure the additional skills and knowledge I gain from working with Severn Stars will help to further enhance the high quality of coaching we provide at our Netball Academy and, hopefully, lead to our players working towards gaining international honours.” 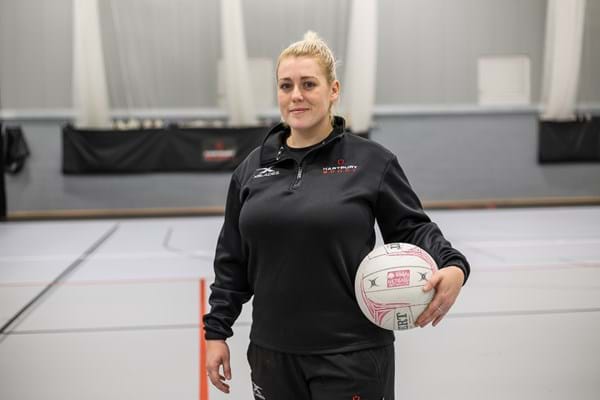