Kelly Smith, who is studying a BSc (Hons) degree in Physical Education and School Sport, and Zoe Aldcroft, who is taking a BSc (Hons) Sport and Exercise Sciences degree, produced impressive performances in a 53-7 success over Bristol Bears Women.

Former A-level student Millie Wood and Tatyana Heard, who studied a Level 3 Extended Diploma in Sport (Performance and Excellence), also played key roles in a victory that keeps Appleby’s side firmly in the mix for a top-four spot in the Tyrrells Premier 15s league table.

Appleby, who is also Hartpury Senior Women’s Rugby Academy Manager, said: “Tatyana and Kelly have both come back from England duty full of confidence and were on fire.

“She’s immersed herself in it, learned as much as she possibly can and applied it when she’s come back to us.

“The same applies to Kelly and Millie and also Zoe, who is just imperious at the moment.

“With those players performing as they are, everything else sort of functions around it.

“One of the most pleasing aspects was that, against the good sides, you’ve got to press home your advantage when you’re on top, and we did that.

“Our progress is pleasing, because generally, we look like we can dominate and keep dominating which is what we need to do if we’re to become genuine top-four contenders.”

Many of the Tyrrells Premier 15s club’s players are former or current students at Hartpury University or Hartpury College. 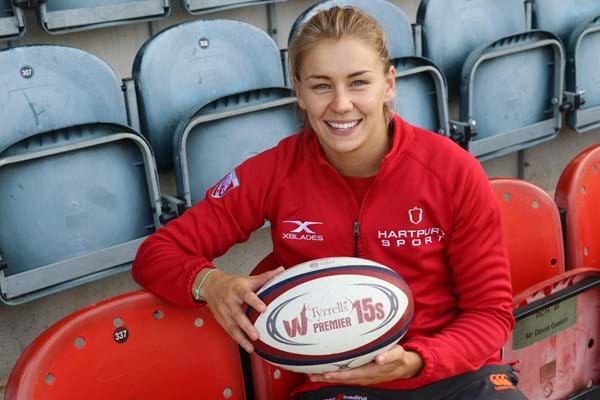