Hartpury students have been given a remarkable opportunity to develop their skills and fulfil their potential with additional support and encouragement from an international rugby star.

Widely known as ‘Q’, Qera has already played in three Rugby World Cups for Fiji, who beat Uruguay in the first-ever senior international fixture at Hartpury last month, and hopes to play in the 2019 Rugby World Cup in Japan.

Thanks to his wealth of experience, he will provide invaluable support and advice to his new team-mates – many of whom are current or former Hartpury students – in matches, training sessions and team meetings.

Hartpury’s Director of Rugby John Barnes said: "Q will add a huge amount of experience and some much-needed physicality, which we’ve lacked this season so far.

"He will also help our young players in their development, which is always crucial to signing players of his quality. We are looking for him to add value to our programme, both on the pitch and off."

Qera played for Gloucester from 2007-14, winning the Premiership club’s 2009-10 player of the season award, before going to play in France for Toulouse, Montpellier and Agen.

Qera, who has signed for the remainder of the 2018-19 Championship season, could make his Hartpury debut against Bedford Blues in a Championship Cup clash at Hartpury’s home stadium, the Gillman’s Ground, this Saturday.

The rugby pathway at Hartpury means students can play for Hartpury College and then Hartpury University – based on the same 360-hectare campus – and Hartpury RFC.

Last week, Hartpury College won the AASE League final for the ninth time in 10 years, while Hartpury University won the BUCS Championship final at Twickenham in May.

In the past decade more than 150 Hartpury graduates have gained international honours, including England wing Jonny May and Italy forward Sebastian Negri.

Students at Hartpury, training base of Premiership club Gloucester Rugby, have access to a range of world class-facilities.

Hartpury’s new £8.8 million Sports Academy includes a biomechanics laboratory featuring the only high-resolution digital mirrors in the UK, a rehabilitation suite featuring an anti-gravity treadmill, and a human performance laboratory with an altitude chamber, and a sports hall. 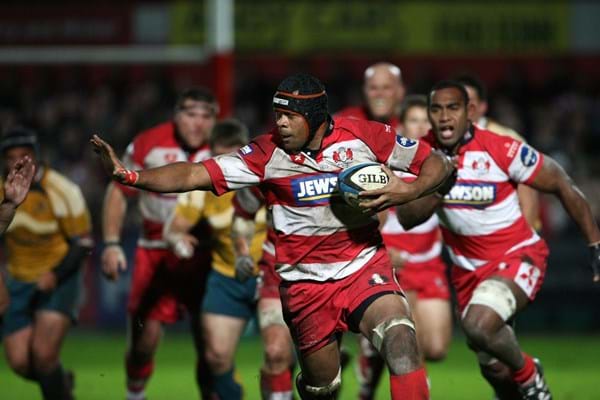