Hartpury College will fly the flag for Great Britain in a showpiece rugby tournament in South Africa featuring top young players from around the world.

The Under-18 rugby squad from Hartpury will be the only British representative for the second successive year at the World Schools Festival in Stellenbosch.

The tournament, which made its debut in 2018, pits 10 of the leading rugby schools from within South Africa against a similar number of under-18 sides from around the world.

All teams will play two matches during the week-long event, which will also afford students an opportunity to explore the city of Cape Town and the beautiful ‘winelands’ area of the Western Cape, which surround Stellenbosch.

Wayne Thompson, Academy Manager and Head Coach for the Hartpury College Under-18 rugby programme, said: “Last year really opened our eyes as to what the South African sides offered in terms of physicality and the way they played.

“From what we’ve seen with Monument, they’re certainly very big players so we know we’re going to have to up our game physically and hopefully the lads will be fully prepared for that.

“Paarl Gymnasium had a tough game against an Argentine side last year, but I was very impressed by them.

“It’s going to be a tough ask as they’re two very different sides to what we played in 2018, but I think it’s going to be a great test for our boys going down to South Africa and we’re very much looking forward to it.”

Hartpury had the opportunity to train with Christchurch in 2018 and will go a step further this year, as the two squads will meet in a fixture in Dubai during a three-day stop-over en route to South Africa.

The trip is largely being funded by the students themselves, although a recent silent auction – featuring signed shirts donated by Hartpury alumni, including 2019 Six Nations winner Ross Moriarty – and other fundraising activities have made a valuable contribution toward the tour kitty.

The squad will leave the UK on 20 March, returning on Monday 1 April. 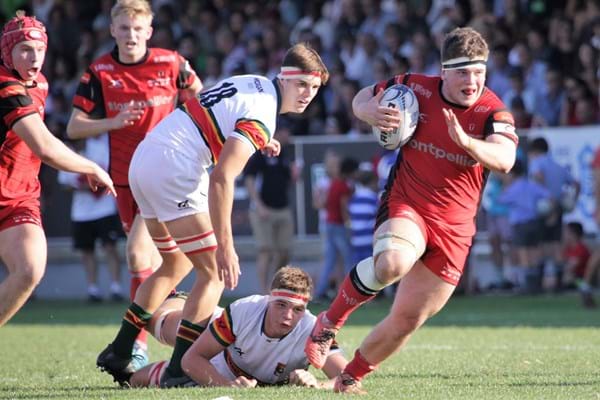