Man-made chemicals found in homes could be having a damaging effect on male fertility, according to ground-breaking research involving Hartpury University’s Dr Rebecca Sumner.

Rebecca, a lecturer in BSc (Hons) Equine Science with Therapy at Hartpury, collaborated with scientists from the University of Nottingham in a joint study that suggests environmental contaminants found in the home and diet have the same adverse effects on male fertility in both humans and in domestic dogs.

There has been increasing concern over declining human male fertility in recent decades with studies showing a 50% global reduction in sperm quality in the past 80 years.

A previous study showed that sperm quality in domestic dogs has also sharply declined, raising the question of whether modern-day chemicals in the home environment could be at least partly to blame.

In a new paper published in Scientific Reports, Rebecca and the University of Nottingham team set out to test the effects of two specific man-made chemicals, namely the common plasticizer DEHP and the persistent industrial chemical polychlorinated biphenyl 153.

DEHP can be found in everyday household materials, such as carpets, flooring, upholstery and clothes, while polychlorinated biphenyl 153, which although banned globally, remains widely detectable in the environment, including in food.

Rebecca carried out identical experiments using samples of sperm from donor men and stud dogs living in the same region of the UK.

In the first study of its kind, the results show that the chemicals, at concentrations relevant to environmental exposure, have the same damaging effect on sperm from both man and dog.

Rebecca, who carried out the experimental work as part of her PhD, said: “In both cases and in both subjects, the effect was reduced sperm motility and increased fragmentation of DNA.

“We know that when human sperm motility is poor, DNA fragmentation is increased and that human male infertility is linked to increased levels of DNA damage in sperm.

“We now believe this is the same in pet dogs because they live in the same domestic environment and are exposed to the same environmental contaminants.

“This means that dogs may be an effective model for future research into the effects of pollutants on declining fertility, particularly because external influences such as diet are more easily controlled than in humans.” 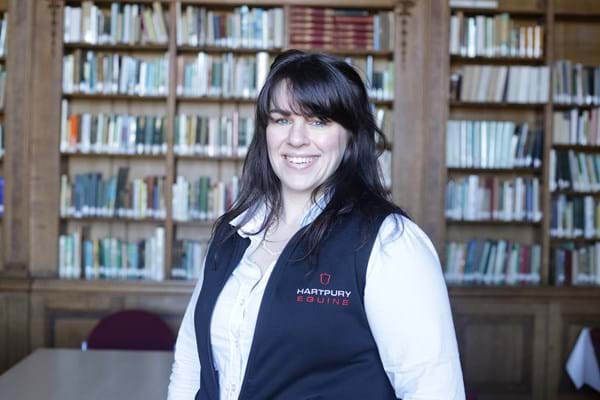