Hartpury University rugby players have made more history at Twickenham Stadium after winning the final of a national tournament for the third year in a row.

It means Hartpury have now won the prestigious competition every year since it was introduced in the 2016/17 campaign.

Hartpury surged into a 21-6 lead at half-time following tries for Will Biggs, Elias Caven and Max Clementson, with Nathan Chamberlain slotting three conversions.

Leeds Beckett improved in the second half, but Hartpury responded well with further tries through Clementson, Toby Venner and Ervin Muric, who was voted BUCS fans' player of the season in a national poll.

Chamberlain, who was named man of the match, kicked three more conversions and Dan Cole added a penalty to wrap up the memorable victory.

Head coach Sean Lynn said: “It’s a fantastic feeling to win the title for the third year in a row – it’s a proud day for everyone involved – and each victory tastes as sweet as the last one.

“It’s a real credit to all the players involved throughout the season and to the staff who are continually working hard behind the scenes to make sure the squad’s preparation is spot on every week.

“I’m sure that the more people see Hartpury in finals like this time and time again, the more they’ll want to be a part of it and join us.

“It’s about building that environment and providing our students with a high-quality experience.”

The rugby pathway at Hartpury means students can play for Hartpury College and then Hartpury University – based on the same 360-hectare campus – and Championship club Hartpury RFC.

In the past decade more than 200 Hartpury graduates have gained international honours, including 2019 Six Nations winner and Wales forward Ross Moriarty, England wing Jonny May and Italy forward Sebastian Negri.

Hartpury – training centre for Premiership club Gloucester Rugby – is currently hosting some of the world’s top young rugby players for another showpiece event at the specialist educational institution.

With a reputation for producing many senior international stars, Hartpury is the base for all the players taking part in the 2019 Under-18 Six Nations Festival (11-21 April).

All squads competing in the Under-18 Six Nations Festival will have access to Hartpury’s wide range of state-of-the-art training facilities, which include a power gym, a performance analysis suite, spa baths, a physiotherapy consulting centre and artificial all-weather pitches.

Hartpury will be the venue for three matches in the tournament, all on Saturday, 13 April: England v Wales (kick-off 12pm); Ireland v France (2.30pm) and Scotland v Italy (5pm). 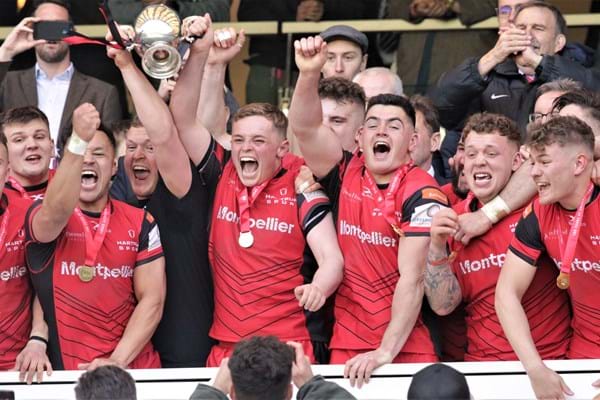