Hartpury University students are preparing for another massive day at Twickenham Stadium as their men’s rugby team look to win the same prestigious trophy for the third year in a row.

The 2017 and 2018 champions booked their place in the final of this year’s British Universities and Colleges Sport Rugby Union Championship Final at the home of English rugby after beating the University of Bath 37-27 in the semi-finals.

Hartpury, who have beaten the University of Exeter and Cardiff Metropolitan University in the past two finals, will face Leeds Beckett University in this year’s showpiece contest at Twickenham this Wednesday.

Tom Radcliffe, Director of Elite Sport at Hartpury, said: “No doubt we’ve been regarded as a big scalp for every side we played in this year’s competition, given our record in recent years, so it’s a huge achievement for the team to have reached the final again.

“Though we’ve been to Twickenham for the past two years, we’ll never take it for granted and we know how much hard work it takes to get there.

“Head coach Sean Lynn and his team have done a brilliant job in preparing the players, who have risen magnificently to every challenge they’ve faced so far.

“Now, thanks to their hard work and talent, they can look forward to running out on to the same Twickenham pitch on which many of the world’s best rugby players have played, including many of our alumni who have gone on to play international rugby.

“Hopefully, they can enjoy what promises to be another fabulous occasion and, cheered on by their friends, family and fellow students, are able to grasp the opportunity to bring another trophy back to Hartpury.”

Students at Hartpury have access to a wide range of state-of-the-art training facilities, including a power gym, a performance analysis suite, spa baths, a physiotherapy consulting centre and artificial all-weather pitches.

In a big week for the specialist education institution, Hartpury – the only team to win the Championship final since the BUCS Super Rugby was introduced – will be the base for all the players taking part in rugby’s 2019 Under-18 Six Nations Festival on 11-21 April.

Hartpury will be the venue for three matches in the tournament, all on Saturday, 13 April: England v Wales (kick-off 12pm); Ireland v France (2.30pm) and Scotland v Italy (5pm).

The rugby pathway at Hartpury means students can play for Hartpury College and then Hartpury University – based on the same 360-hectare campus – and its Championship side Hartpury RFC. 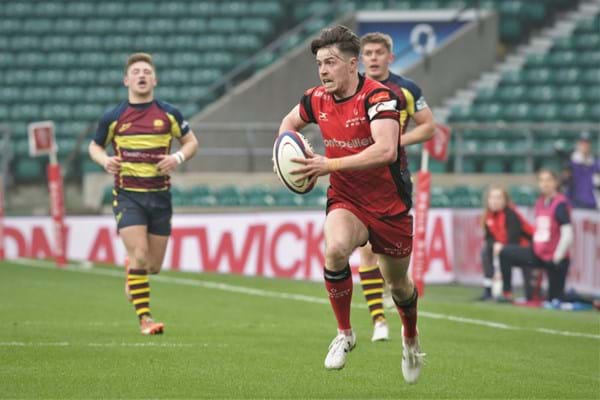