Hartpury will host some of the world’s top young rugby players for another showpiece event at the specialist educational institution.

With a reputation for producing many senior international stars, Hartpury will be the base for all the players taking part in the 2019 Under-18 Six Nations Festival on 11-21 April.

The matches will take place at the Gillman’s Ground, home of Hartpury’s Championship club Hartpury RFC, which hosted its first senior international rugby match, between Fiji and Uruguay, in November.

Hartpury was the official team base for Scotland and the United States during the 2015 Rugby World Cup.

In the past decade more than 200 Hartpury graduates have gained international honours, including Wales forward and 2019 Six Nations winner Ross Moriarty, England wing Jonny May and Italy forward Sebastian Negri.

All squads competing in the Under-18 Six Nations Festival will have access to Hartpury’s wide range of state-of-the-art sports facilities, which include a power gym, a performance analysis suite, spa baths, a physiotherapy consulting centre and artificial all-weather pitches.

As well as Hartpury, matches in the tournament will also be staged at Gloucester Rugby’s Kingsholm Stadium and Worcester Warriors’ home ground at Sixways.

Tom Radcliffe, Director of Elite Sport at Hartpury, said: “We’re extremely proud to have been chosen as host of the 2019 Under-18 Six Nations Festival.

“As well as showcasing the facilities we have at Hartpury, it’s an excellent opportunity for our university and college students to watch potential world-class stars on their doorstep.

“We look forward to welcoming the players, coaching staff and supporters from the six nations and hope they enjoy their visit to Hartpury and to Gloucestershire more widely.”

The festival structure will be overseen by the Rugby Football Union’s head of regional academies Don Barrell.

“The Six Nations festival is a coming together of the six nations Under-18s teams where rather than playing an international tournament of five fixtures, they come together and play three games so it acts more as a festival in the sense there is no league table or overall winner,” he said.

“One of the really exciting activities is that the players will be doing a peer review, so they will play a match and will the following day sit down with their opposition number to review the game.”

The rugby pathway at Hartpury means students can play for Hartpury College and then Hartpury University – based on the same 360-hectare campus – and Hartpury RFC.

In December, Hartpury College won the AASE League final for the ninth time in 10 years, while Hartpury University won the BUCS Championship final at Twickenham in May.

Hartpury is a specialist educational provider located in Gloucestershire with more than 3,600 college and university level students studying postgraduate and undergraduate degrees, A-levels and diplomas in the areas of sport, equine, animal, agriculture and veterinary nursing. 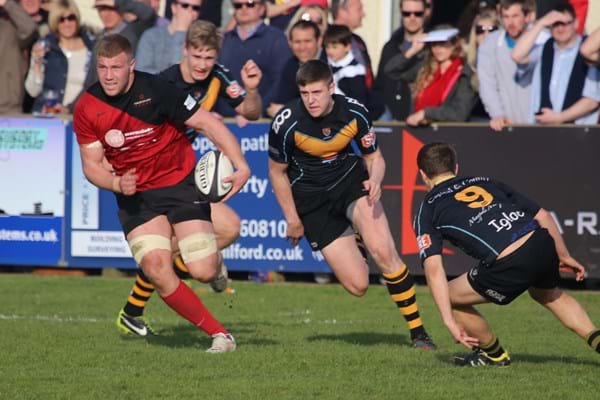