Henry, who studied a Level 3 Extended Diploma in Agriculture at Hartpury, is the first New Zealand Shearing Championships winner from overseas in 28 years.

Henry had been scheduled to return home before the championships in Te Kuiti – the self-proclaimed shearing capital of the world – to help his brother Charlie and parents Anthony and Charlotte on the family farm in Devon.

But Henry, who had been based for the New Zealand summer at Pleasant Point in the South Island, put those plans on hold when he won travel and accommodation in Te Kuiti in another competition.

The decision paid off in style as the 20-year-old won the junior final at the New Zealand Shearing Championships – his 10th success in 13 finals this season.

While new to the sheep of the North Island, Mayo completed his task of shearing five sheep in just eight minutes, 15.7 seconds – nearly one minute ahead of the runner-up.

“I was pretty shocked – I wasn’t expecting it,” said Henry, now back home in the UK.

“I’d been shearing sheep all summer, as well as competing in competitions, which was all good practise leading up to the event.

“I spent six months in New Zealand and I loved every minute of it – it’s a cool country.”

Hartpury, which runs a number of agriculture diploma and degree courses, provides its students with access to state-of-the-art technology to help equip them with the skills and knowledge to gain careers in the industry.

From its own commercial farm on campus, Hartpury supplies produce to leading supermarkets, including Waitrose and Sainsbury’s.

Reflecting on his time at Hartpury, Henry said: “It was really good, because there was a great bunch of people there, and good instructors.

“I learned a lot from the course because we have just a dairy farm at home, so it was good learn about the whole industry.”

Later this year, Hartpury is due to open its £2 million Agri-Tech Centre, which will utilise and demonstrate the latest smart farming techniques and illustrate the importance and impact of science and technology in agriculture. 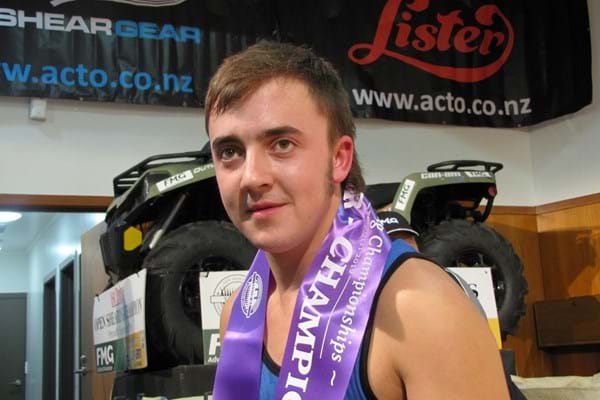