World and Olympic champion Charlotte Dujardin thrilled the crowds at this year’s Hartpury Festival of Dressage with a series of memorable performances – including the debut of a new routine.

The most successful British dressage rider in the history of the sport enjoyed another rewarding visit to Hartpury – the world’s largest equine education establishment – with six victories at the showpiece competition.

The combination performed their long-awaited and highly-anticipated kür – a world debut of a new routine choreographed to Frozen-inspired music.

They danced their way to a huge winning score and personal best of 87.6%, with two of the judges even awarding the pair 89%, meaning Mount St John Freestyle has now won 11 of her 13 career starts and is yet to be beaten at Grand Prix level.

“I’m absolutely thrilled because the degree of difficulty is immense,” said Charlotte. “It is one thing after another and there is no room for error at all.

“On the last centre line I really didn’t know if I was going to stop — she was still raring to go.”

Charlotte, who uses the Margaret Giffen Centre for Rider Performance at Hartpury, added: “I don’t know what it is about that horse, but she makes me cry every time, and that music feels so magical to ride to.”

Hartpury students and graduates enjoyed a good week with solid performances across the board.

The Hartpury Festival of Dressage returns in 2020 just a month before the Tokyo Olympics, meaning it will be the last chance to see some of the world’s best combinations in action before they head to Japan.

Top riders will be in action again at Hartpury soon, in the Hartpury Showjumping Spectacular (18-21 July) and the NAF Five Star International Hartpury Horse Trials (7-11 August). 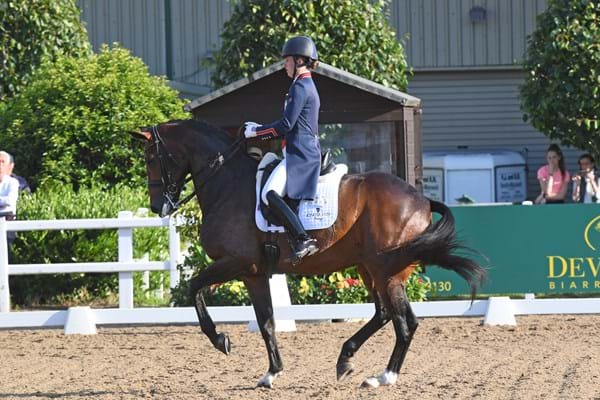