Hartpury College A-level and diploma students have been crowned national champions following a series of stunning performances at the British Rowing Junior Championships.

After winning a medal in every event they entered, the team picked up the Victor Ludorum as the most successful club at the regatta at the National Water Sports Centre in Nottingham.

Ben Jackson, Head Coach (FE) of the Gloucester Hartpury Rowing Academy, said: “We couldn’t be more proud of our students who competed at the British Rowing Junior Championships – they really showed off the hard work they’ve put in over the past year.

“Virtually every athlete reached the semi-finals of their event, while the squad won a medal in every event we entered.

“Winning the Victor Ludorum is particularly special as it shows the depth of strength we have in the squad, it’s a real team effort. 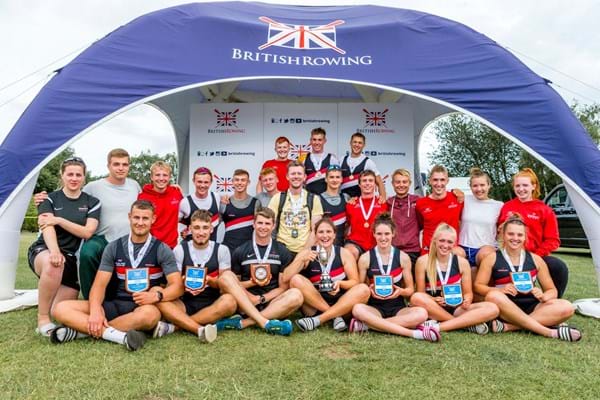