Following the announcement that Head Coach Susie Appleby will be joining the newly-formed Exeter Chiefs Women’s set-up, Gloucester-Hartpury Women would like to clarify that she will remain in her current role until the league break in January.

Appleby has been Head Coach of Gloucester-Hartpury Women – a partnership between Gloucester Rugby and Hartpury University and Hartpury College – since the team’s formation in the summer of 2014.

She has overseen the team’s rise from National Championship Midlands Two to the Tyrrells Premier 15s.

In the first two seasons of the Tyrrells Premier 15s, Gloucester-Hartpury have finished in fourth and fifth positions.

However, she will embark upon a new challenge in the new year when she moves to Devon as part of a new-look coaching team alongside Amy Garnett as the Chiefs seek to tender for a place in the top fight of the women’s club game.

Russell Marchant, Vice-Chancellor of Hartpury University, said: “We are always sad to see good people leave us but I fully understand the family reasons behind Susie’s decision.

“She will continue to give 100% and will lead the squad in 12 of their 18 league fixtures.  We owe her a huge thanks for all her work and we will be starting the hunt for a top-quality replacement immediately.”

Until that time, Appleby will remain in post as Head Coach of Gloucester-Hartpury Women, overseeing the first half of the team’s playing season and ensuring a managed handover with her successor, the search for whom is already under way.

Appleby confirmed: “I’m excited about the new challenge that lies in wait for me down in Devon, but that’s some months away yet.

“In the meantime, I remain fully committed to my role at Gloucester-Hartpury and will be looking to finish my tenure on a positive note.” 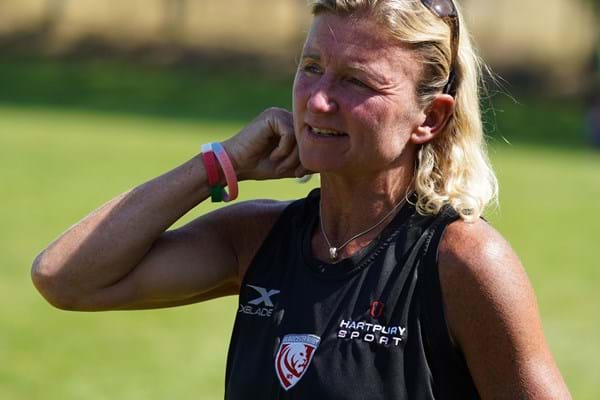