Hartpury students have an exciting opportunity to train and play rugby alongside a World Cup winner after graduate Natasha Hunt was named as Gloucester-Hartpury Women’s skipper for the 2019-20 season.

Known widely as Mo, Natasha is one of the best-known names in women’s rugby, winning the 2014 World Cup with England and representing Great Britain in the Sevens tournament at the 2016 Rio Olympics.

Earlier this year, she was part of the Red Roses Grand-Slam winning team, and was also named in the squad that participated in the Women’s Super Rugby Series in San Diego against Canada, France, New Zealand and the United States.

It provides Hartpury students with an opportunity to play at the highest level in the women’s domestic game, the Tyrrells Premier 15s.

Natasha, who studied a National Sports Diploma (Performance and Excellence) at Hartpury College, said: “I’m absolutely thrilled. As someone who grew up locally, I appreciate how important rugby is in the city and county.

“Wearing the cherry and white is an honour, to captain the side even more so. I’m really looking forward to the forthcoming Tyrrells’s Premier 15s season.

“We’ve a talented young squad, and are keen to build upon our first two seasons in the competition and push to get back into the play-offs.”

Head coach Susie Appleby, also the Women’s Rugby Senior Manager at Hartpury, said: “I’m delighted to confirm that Mo will be our captain this season.

“It’s a responsible position and few players in the game have the experience and leadership skills that she does.

“The squad held a vote this week to select their captain for the season and Mo was the outstanding choice. She will do an excellent job for us.” 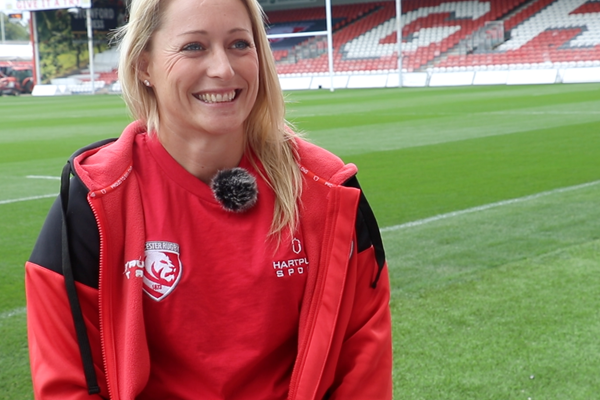