Twenty-four Hartpury graduates or current students have been named in the latest England Women rugby squads to be announced, providing further cause for celebration within Hartpury’s Women’s Rugby Academy.

The star-studded squad will fly the flag for Great Britain at the 2020 Olympics in Tokyo after winning their qualifying tournament in July.

Tom Radcliffe, Director of Elite Sport at Hartpury, said: “Well done to all the members of the Hartpury family who have been awarded professional contracts by the RFU and named in the England Sevens and England Under-20s squad.

“It’s a massive honour to represent your country and I’m sure all the players, even those who have played for England on many occasions, always feel an immense sense of pride every time they pull on the Red Rose jersey.

“For so many players in the squads to have studied and trained at Hartpury is also a real testament to the success of our rugby programmes and reflects the quality of our squads and our coaches.”

It provides Hartpury students with an opportunity to play at the highest level in the women’s domestic game, the Tyrrells Premier 15s.

Find out more about the Hartpury University and Hartpury College women’s rugby programmes and how to apply on our website.

Rugby students at Hartpury, training base of Premiership club Gloucester Rugby, have access to a range of world class-facilities.

Hartpury’s new £8.8 million Sports Academy includes a biomechanics laboratory featuring among the the only high-resolution digital mirrors in the UK, a rehabilitation suite featuring an anti-gravity treadmill, and a human performance laboratory with an altitude chamber, and a sports hall. 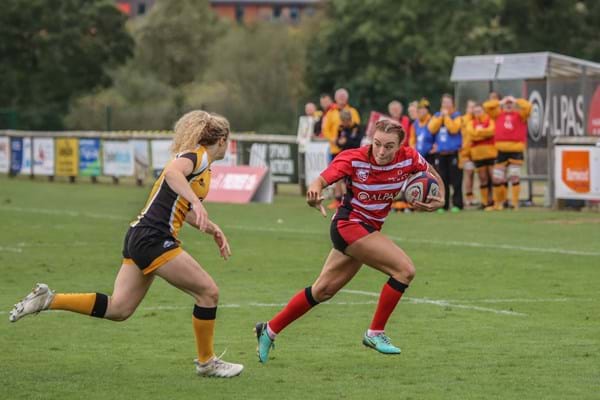