Hartpury University and Hartpury College are celebrating a record-breaking number of new students from around the UK and overseas.

The award-winning institutions have both welcomed more new students in 2019 than ever before, amid growing excitement about a number of innovative projects, new equine competitions and multi-million pound investments in facilities on campus.

Hartpury University’s student population has increased by nearly 14 per cent in its first 12 months since being granted university title, with more than 2,000 studying for degrees.

The figures include more than 230 postgraduate students, the highest number to date at Hartpury University, which is the only educational institution in Gloucestershire to be awarded Gold in the Teaching Excellence Framework.

Hartpury College has also announced a record number of student enrolments in 2019, the population increasing by four per cent compared with 2018.

Underlining its continuing success, Hartpury College’s student population has grown by 20 per cent over the past four years, despite a national decline in the 18-year age group demographic.

The Ofsted Outstanding institution reported particular growth in its A-levels, Animal, Agriculture and Access to Higher Education qualifications, which remain a popular choice.

In addition, Hartpury University and Hartpury College – based on the same 360-hectare campus – have more than 240 students from overseas combined, including EU countries, representing 63 different nationalities.

Russell Marchant, Vice-Chancellor of Hartpury University and Principal of Hartpury College, said: “We’re absolutely thrilled that student numbers at Hartpury are continuing to grow to record levels and that we now have nearly 4,000 students across both institutions.

“We believe it’s a reflection of the high standard of education and extra-curricular activities that we’re able to deliver to our community of university and college students, to help prepare them for our future careers.

“We’re particularly pleased that we’ve seen an increase in the numbers of overseas students coming to join us, as its helps to create a diverse and vibrant campus community from which all our students benefit.

“At the same time, we’re continuing to invest in our wide range of Animal, Agriculture, Equine, Sport and Vet Nursing facilities, to ensure the student experience remains at the high levels that people have rightly come to expect from Hartpury.”

The best-ever student recruitment figures have been announced as Hartpury prepares to officially launch one of the most eagerly anticipated projects in its 71-year history – the £2million Agri-Tech Centre.

The state-of-the-art facility, which is set to open in February, will provide Hartpury students and the wider farming community with access to the very latest smart farming techniques and equipment.

In May, Hartpury further enhanced its reputation as a centre of sporting excellence with the official opening of its £8.8milion Sports Academy by Dame Katherine Grainger, Britain’s most decorated female Olympic athlete.

Featuring some of the world’s best sports technology, including a biomechanics laboratory, rehabilitation suite and human performance laboratory, it provides students at Hartpury with access to the very latest tools for research into sports science, as well as sports training and fitness.

Hartpury – the largest equine educational establishment in the world – will include two more showpiece events on its equine events calendar next year.

In August, Hartpury will host the 2020 International Society for Equitation Science Conference, an event dedicated to improving the human-horse relationship through the application of objective research and advance science. 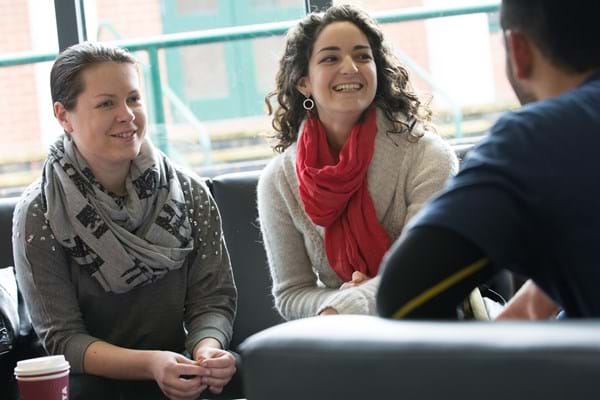