Hartpury diploma and degree students have launched their bid to win selection to the Great Britain Rowing Teams.

Fergus, who won two titles at the British Rowing Junior Championships in the summer, finished in fourth place, while George claimed sixth spot and James came home in 24th position.

The next trials for the GB Under-23 and junior squads will take place in February, with final squads to be announced in June.

The GB trials came just weeks after Hartpury won individual titles, including the two for Fergus, and the team prize at the British Rowing Junior Championships at the National Water Sports Centre in Nottingham.

Ben Jackson, Head Coach of Hartpury College Rowing Academy and Gloucester Hartpury Rowing Academy, said: “After another successful year, we’re really pleased with the ambition our students have shown in putting themselves forward for selection to the GB Rowing squads.

“It speaks volumes about their commitment and dedication to doing everything they can to reach the highest levels possible in the sport.

“Every one of our students who took part in the trials can be really proud of their performances and it should give them confidence ahead of upcoming competitions and the next set of trials in the new year.”

Hartpury is officially accredited by a prestigious national scheme for leading the way in how it supports talented athletes in education in England. 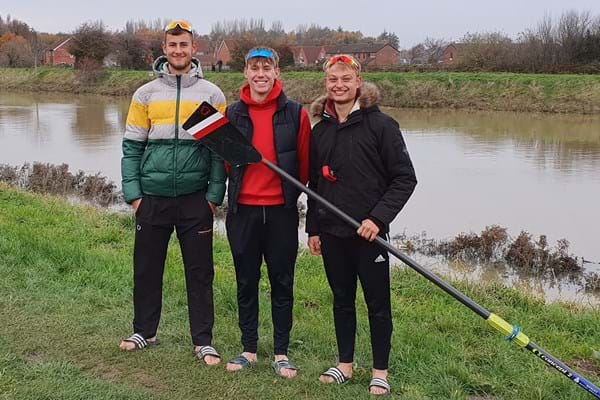