Hartpury was delighted to be the location for the first episode of the new BBC TV series Lose Weight and Get Fit with Tom Kerridge.

For a six-part series, the celebrity chef has recruited 11 like-minded volunteers from his home city of Gloucester to join him on his weight loss and fitness challenge.

The members of the group range in age from 20s to 60s, they are overweight and some have diabetes, high blood pressure and arthritis.

In the first episode, which was broadcast last night, the group are shown meeting Tom at Hartpury’s new £8.8 million Sports Academy to begin their journey to improved health and fitness.

Everyone is weighed, has their body fat measured and has their fitness tested in the Human Performance Laboratory – one of the state-of-the-art facilities within the Sports Academy.

While most of the group already knew how much they weighed, no one knew what was going on inside their bodies or how unfit they were.

Tom believes that ‘boring’ food and tiny portions are a recipe for diet failure so, acting as team chef, he promises to provide the group with dozens of generous and tasty calorie-counted recipes which everyone can enjoy without feeling like they’re on a diet at all.

For the exercise part of the challenge, which takes place on Hartpury University RFC’s rugby pitch, personal trainer Adam Peacock shows the group some fitness routines to help them achieve their targets which can fit around their busy lifestyles.

The participants are also shown eating food that Tom has specially prepared for them in Gloucester Rugby’s kitchen at their training base at Hartpury.

In the final episode, the group are shown being retested within Hartpury’s Sports Academy, to see if the changes that they have made to their lifestyle over the two months, have made a difference to their health and fitness.

Tom Kerridge explains: “This isn’t about fitness fads or crash diets. I want to see what we can achieve by simply following doctor’s orders and sticking to it for a couple of months. I’m hoping to prove that a pain-free lifestyle change will do the trick!”

Russell Marchant, Vice-Chancellor of Hartpury University and Principal of Hartpury College, said: “We were absolutely delighted to host the team from Lose Weight and Get Fit with Tom Kerridge because it’s such a fantastic cause.

“I think we could all probably do with bit of help to get fitter and lose weight after Christmas and at the start of the new year – I will certainly be watching!”

Lose Weight and Get Fit with Tom Kerridge continues on BBC2 next week. 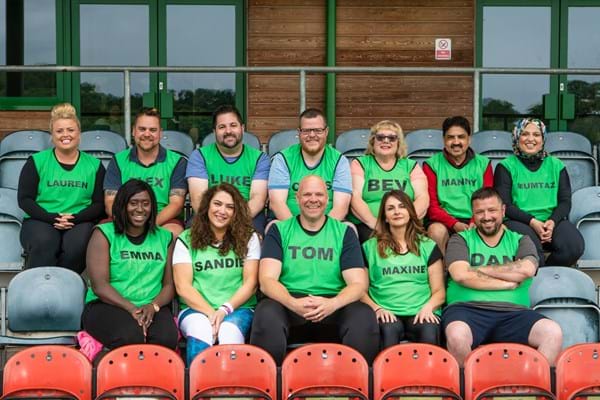