The team, comprising degree, diploma and A-level students, won 14 medals at the showpiece competition at the Lee Valley VeloPark – the largest number to date at for Hartpury University and Hartpury College at the event.

There were also gold medals for Annabel Radbourne (World Class Start programme) in the women’s openweight U23 500m, Fergus Woolnough (Level 3 Extended Diploma in Sport (Physical Education and Coaching)) in both the Sixth Form Boys’ 2000m and 500m, and Katy Kalap (A-levels) in the Sixth Form Girls’ 500m.

Annabel and Katy also broke the championship record for their 500m events.

“As well as our record number of medals overall, the eight medals won by our university students is our highest ever, so it was a really successful day.

“To win so many medals at one of the most competitive events of the year is a fantastic achievement that highlights the depth of talent running through our rowing academies and the progress we’re making.

“It’s absolutely fantastic at this time of year to see lots of strong performances from all of the athletes and hopefully it bodes well for the upcoming season outdoors.”

In a joint initiative with Gloucester Rowing Club, Hartpury is a national centre for British Rowing’s World Class Start programme, which offers access to world-class facilities and coaching on and off the water.

The Gloucester Hartpury programme attempts to find, recruit and develop individuals with no prior rowing experience to become Olympic rowers.

Hartpury is officially accredited by a prestigious national scheme for leading the way in how it supports talented athletes in education in England. 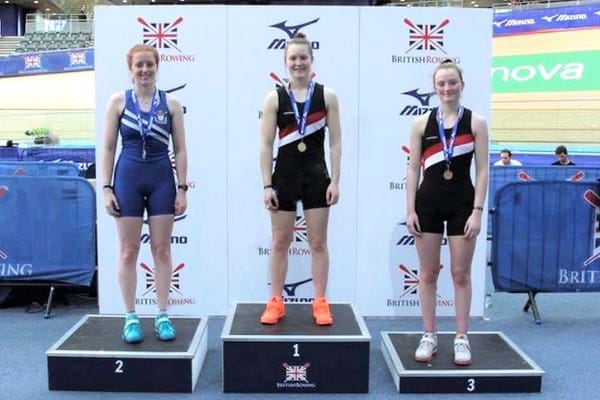