The men’s first team wrapped up the British University and Colleges Sport (BUCS) Premier South League title before Christmas by winning all of their first seven matches, meaning that mathematically they could not be caught.

Hartpury University, which offers a range of undergraduate and postgraduate degrees and PhD qualifications, now goes forward to the National Championship knockout competition in February.

The students have benefitted from working with a team of highly qualified and motivated coaches, headed up by Senior Men’s Football Manager and Hartpury University graduate Chris Knowles (MSc Coaching Science).

Chris Knowles said: “Everyone involved in the squad should be extremely proud of their achievement in winning the BUCS Premier South League title with three games to spare.

“The players deserve special credit for applying themselves so professionally, both in training and on match day, and for taking on board the advice and information they’ve been provided by our coaching team.

“As a TASS Dual Career Accredited Site, we provide our students with support they need to fulfil their sporting ambitions alongside studying for their academic qualifications.

“The players have seized every opportunity to learn and develop and it’s great to see that they’re gaining their rewards.”

Paul Tassell, Football Academy Manager at Hartpury, added: “This is a great achievement for all involved. They have reacted positively to the heartbreak of last year, when they lost narrowly in the national final, and worked tirelessly to consistently perform every week.”

Student footballers at Hartpury have access to a range of world class-facilities on campus, including a floodlit grass football pitch and two 3G all-weather surfaces. 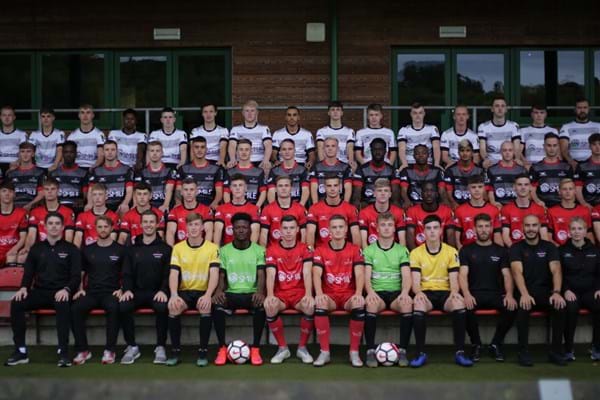