Rugby fans at Hartpury on Saturday will have the opportunity to support former Scotland international Doddie Weir and win a meal for two at Tom Kerridge’s famous restaurant.

A silent auction, a raffle and collection will be held to raise funds for Doddie’s charity during Hartpury University RFC’s Championship match against Newcastle Falcons at the Alpas Arena (kick-off 2.30pm).

Celebrity chef Tom Kerridge has kindly donated a meal for two, with wine, at his two Michelin star restaurant, The Hand and Flowers, in Marlow.

Doddie, who was part of Newcastle’s 1997-98 Premiership-winning team, has also kindly donated a bottle of his own whisky, in a signed special edition gift box.

Other lots include boxes of wine, bottles of Champagne and rugby shirts.

Proceeds will be donated to the My Name’5 Doddie Foundation – the charity set up by Doddie to support efforts to find a cure for motor neurone disease.

Doddie, who played in the number five shirt, which is reflected in the name of the foundation, announced in 2017 that he had been diagnosed with MND.

In December, he won the Helen Rollason Award, for “outstanding achievement in the face of adversity”, at the BBC Sports Personality of the Year Award ceremony.

Spectators will be able to watch the Six Nations Championship match between England and Scotland (4.45pm kick-off) on a big screen at the Alpas Arena after the Hartpury-Newcastle match.

Russell Marchant, Vice-Chancellor of Hartpury University and Principal of Hartpury College, said: “Doddie was a hugely popular player in his day and he still remains a much-loved character, as shown by the reception he received from everyone at the BBC Sports Personality of the Year Awards.

“We’re really proud to support his charity and hopefully the silent auction, raffle and collection at Saturday’s match will raise plenty of money for the My Name’5 Doddie Foundation, which is such a fantastic charity.

“Bidding for the opportunity to have a meal at Tom Kerridge’s restaurant or to own a bottle of Doddie’s very own whisky, which are two very special lots, could get particularly interesting!” 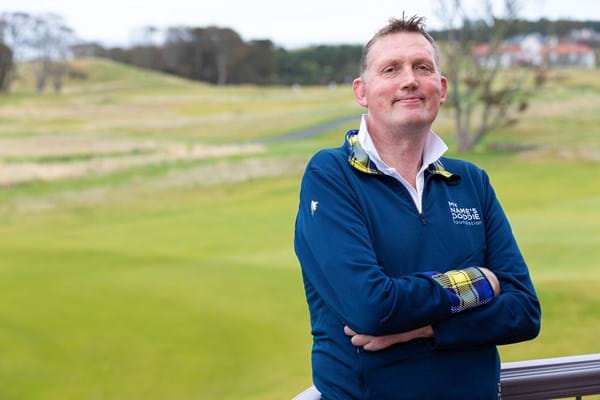