Hartpury University lecturer Philip Watson is proud to have been appointed to a new role representing Landex, which represents more than 40 land-based colleges and universities in the UK.

Philip, Associate Head of the Agriculture Department at Hartpury University, has been named as the Landex representative on the joint industry and government initiative The TB Hub.

He will play a key role in decision-making on issues relating to bovine tuberculosis (TB) at The TB Hub meetings and conferences.

Landex – Land Based Colleges & Universities Aspiring to Excellence – is a subscriber organisation with 40 member colleges and universities in England and three members in Wales, Scotland and Northern Ireland.

The TB hub is online place for British beef and dairy farmers to find practical advice on dealing with bovine TB on their farm, covering everything from biosecurity measures to understanding trading rules.

It is supported by the Agriculture and Horticulture Development Board (AHDB), the Animal and Plant Health Agency (APHA), the British Cattle Veterinary Association (BCVA), the Department for Environment, Food and Rural Affairs (Defra), Landex, and the National Farmers Union (NFU).

Philip, who already sits as the Landex representative on the mental health and wellbeing forum, said: “Having worked in the dairy industry for many years, before I moved into education, I have gained a substantial amount of experience that gives me an understanding of the issues within the industry.

“With bovine TB is impacting on lots of farms, particularly in this part of the world in the South West, I’m fully behind The TB Hub’s efforts to support farmers and producers during these challenging times.”

Students at Hartpury, winner of the 2019 Southwest Promar International Milkminder Manager of the Year award for its outstanding dairy herd, can study a wide range of agriculture diplomas and degrees, as well as PhDs.

Philip added: “My appointment brings immense benefit to our agriculture students because it means they’re informed on current research and latest practices and issues, so they’re ready from day one to make a difference to the industry when they graduate.”

Students at Hartpury benefit from one 400-hectare commercial farming business across five rural sites that supplies Muller, Sainsbury’s and Glencore. 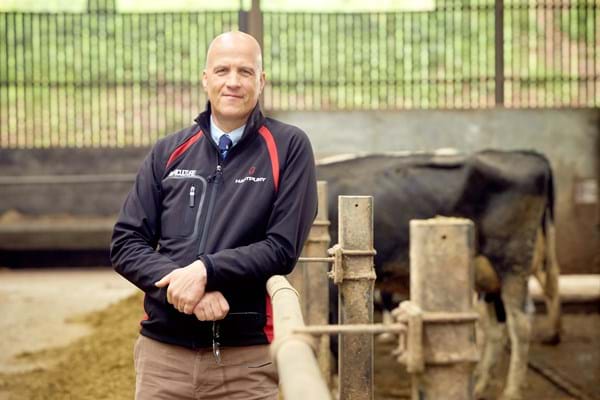