Hartpury has announced an exciting partnership with a football club in the Caribbean to help aspiring professional footballers achieve excellence on and off the field.

The specialist institution will work with Generation Next FC (GNFC), based in Antigua, to provide a pathway for male and female footballers to study degrees, diplomas and A-levels at Hartpury alongside receiving top-class sports coaching.

As part of the new relationship, GNFC CEO Ricky Santos has been appointed as Hartpury’s Educational Consultant Representative for the islands of the Caribbean.

Hartpury has also been officially accredited by the Talented Athlete Scholarship Scheme (TASS) for leading the way in how it supports talented athletes in education in England.

Marc Richards, Assistant Director of Elite Sport at Hartpury, said: “We’re delighted to announce our new relationship with GNFC because, like us, they’re determined to provide aspiring professional sportsmen and women with the skills and knowledge they need to achieve their ambitions.

“Chris Knowles (Senior Football Academy Manager at Hartpury) and I conducted a four-day games programme supported by GNFC in Antigua in November that was attended by nearly 100 players wanting to play and study in the UK, many of whom have since applied for courses at Hartpury.

“Such was the high level of interest, we’re now planning to repeat the initiative in neighbouring Caribbean islands later this year to highlight the top-level teaching and coaching that we offer students at Hartpury.

“We can provide them with the chance to study, train and play in an environment that’s as close as it gets to a professional club.

“As well as developing them as a player, we can prepare them for a career beyond their sport.”

GNCF CEO Ricky Santos said: “Over the past eight years we have established associations with successful international professional clubs and universities and college to enable our students to maximise their potential, not only as a player but as a citizen.

“We’re absolutely delighted to be working with Hartpury as it shares our commitment to providing high standards of excellence and supporting students to become the best they can be.”

Hartpury tailors academic and training timetables to suit student athletes and gives them access to a range of world class-facilities on campus, including a floodlit grass football pitch and two 3G all-weather surfaces.

As well as top-level coaching and exceptional sports facilities, students at Hartpury have access to performance services that can include physiotherapy, sports psychology, nutrition advice, lifestyle support, and strength and conditioning. 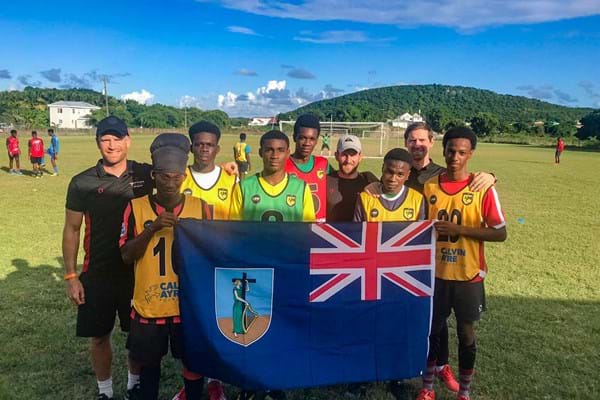