The Hartpury Netball Academy is celebrating further success after four of its players were selected to play for Wales on the road to the 2021 Netball World Youth Cup.

Students Sophie Margetts, Nia Evans and Martha Scott have all been named in the Wales Under-21 squad working towards qualification for the showcase tournament in Fiji for players aged under 21.

Ellen Morgan, who is studying a foundation degree in Sport Performance and Coaching at Hartpury University, has been named in the Wales Senior squad but still qualifies to play at Under-21 level.

Paige Reed, Head Coach of the Senior Netball Academy at Hartpury and an England Futures player, said: “The Netball World Youth Cup is the pinnacle of netball competition for emerging players who are under 21 years of age.

“We’re absolutely thrilled that Ellen, Sophie, Nia and Martha have been selected by Wales Netball in what is an important year for the Under-21 squad with the World Cup on the horizon.

“All the girls have worked so hard and its incredibly rewarding to see them excel at Hartpury and internationally.

“Hartpury Netball will continue to support the athletes in every way we can on this exciting new journey.”

Hartpury tailors academic and training timetables to suit student athletes and gives them access to a range of world class-facilities on campus.

Students at Hartpury University have access to a range of world-class sports facilities on its 360-hectare campus, including its new £8.8 million Sports Academy featuring netball courts, a biomechanics laboratory, and a human performance laboratory. 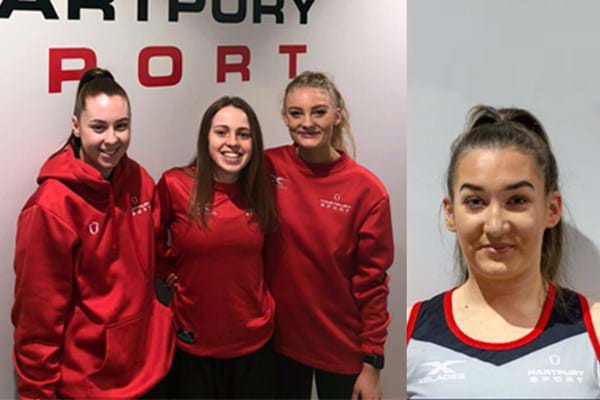