The Hartpury Junior Netball Academy first team have officially been declared as title winners because they had a superior head-to-head record over nearest rivals Exeter College before the season was cut short by Covid-19.

This latest achievement further enhanced an impressive campaign for the team, who were already Gloucestershire County U-19 champions, South West Netball Regional U19 champions, and runners-up at the England Netball National Schools U19 Championships.

Hartpury’s BUCS first team won the Western Tier 3b with an unbeaten season and are currently awaiting final confirmation that they have secured promotion Tier 2b.

During lockdown, the students have remained active and connected through taking part in fundraising activities for the NHS, hosting and sharing their own training sessions on social media channels, and running virtual quiz nights.

They raised £1,715 for the NHS by running the equivalent distance of the length of the UK, with all six squads taking part running 25km each over 10 days.

“They’ve shown a fantastic attitude and commitment that, as well as team honours, has earned them individual recognition at international level and National Performance League U17, U19 and U21 level with Severn Stars and Team Bath.

“This season has been exceptionally successful in all areas, on and off the court, thanks to the positive attitude and commitment from all the student athletes involved and the strong support they receive from their coaches, support staff and families.

“The amount raised by the fundraising activity for the NHS was way above the original £500 target and it even inspired some new runners among the squads!” 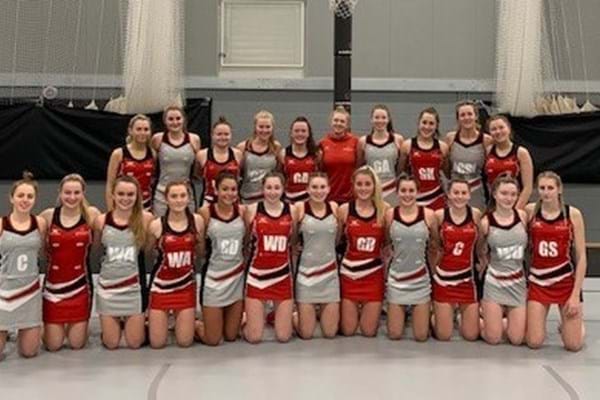