Will Crane, Tom Everard, Harry Wilson, Jack Johnson and Ervin Muric are all former members of the Hartpury University squads that have won the past three BUCS Rugby Championship finals at Twickenham.

The RFU Championship is just one level below the Premiership – the highest division in the club game in England – meaning Hartpury University RFC is among the top 24 clubs in the country.

More than 200 Hartpury alumni have played international rugby or signed professional contracts around the world in the past decade, including England’s Jonny May, Wales’ Ross Moriarty and Italy’s Sebastian Negri.

John Barnes, Director of Rugby at Hartpury, said: “It is always a great pleasure to be able to announce the players who have signed for Hartpury University RFC, having graduated from student rugby in the summer.

“It has become something of a Hartpury tradition that a number of players who were successful in BUCS Rugby go on to sign for Hartpury University RFC after graduating and I’m delighted to say that the 2020-21 season will be no exception.

“As a specialist institution, a really important part of what we do is to provide our students with the benefits of our dual career pathway, allowing them to play high-level sport with access to outstanding facilities and specialist coaches, alongside their academic studies.

“The success of players like Will, Tom, Harry, Jack and Ervin in graduating with a degree and being offered an opportunity to play Championship rugby underlines the continuing success of the pathway that we have in place here.”

As the only student-led side in the Championships, Hartpury University RFC’s squad for upcoming season also include current undergraduate Robbie Smith and graduates Jamie Forrester, Will Safe, Rob Fuller and Max Clementson.

Rugby students at Hartpury have access to a range of world-class facilities. 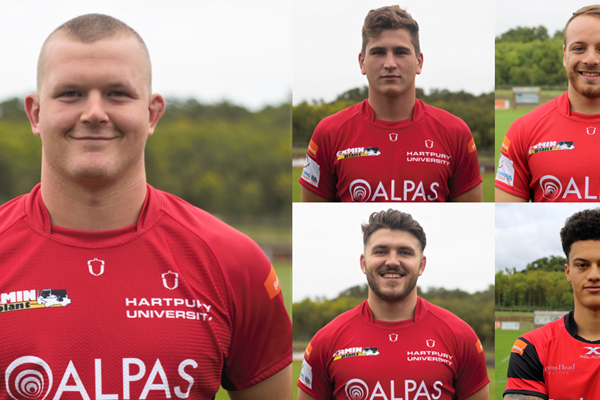