Dubbed the ‘Scrumdog Millionaire’ after he gained a well-publicised scholarship at Hartpury, Tudu and his team of volunteers have been providing cooked meals every day since March for more than 350 disadvantaged members of the community in Kolkata.

Tudu has been managing the project from Maidan, a large field in the heart of the city, which is also the base for his two organisations Tudu Fitness and the non-profit Adibasi Rugby Foundation.

“With the lockdown in India due to the global pandemic, a lot of migrants and daily wage earners as well as homeless street people have been adversely affected,” said Tudu, who played rugby for India.

“Many of them come from villages or different states in India, to work in the city, away from home, but because there is no transportation available, they are stranded in the city without a place to stay or any source of income, since most of the businesses were shut.

“I began with the thought that even if I can reach out to 10 people a day, I would have done my bit.

“When a few of my friends heard about this, they started contributing in terms of sharing cooked meals, rations, money or their time in the project.

“In the beginning, the food drive began with us collecting cooked meals from our supporters’ houses and us cooking at home with the ration we bought as well as the ones which were donated.

“But with the number of people we were feeding every day, it became difficult to cook all of it at home, so we divided up the work.

“For lunch we started outsourcing the meals to a local canteen, but soon even the canteen also could not cope up with the increasing demand, so we took matters into our own hands.

“We have set up a community kitchen that we will run as a permanent program as a part of our foundation, where we can cook meals for as many people as we want.

“We provide a basic vegetarian meal for both lunch and dinner. For lunch we make food packets with a heapful of rice, and two kinds of vegetable curry to go with the rice.

“For dinner we make around five rotis (tortillas) for each person, which we stuff with local vegetables and make a wrap out of it.

“Our team-mates go around on bikes and in a car carrying the food and distributing it to people.

“We will continue to run the community kitchen to feed those people who need our help after the city and the country opens up for business and work after the pandemic.

“Witnessing people struggle for food and seeing their hunger and starvation first hand over the past few months has convinced me that this programme is something I will run for as long as I can.

“Our rugby team has played a pivotal role in helping us cook daily and distributing the food, but this initiative is successful and has managed to reach this scale due to the kindness and encouragement of all my well-wishers from around the world, including my Hartpury friends.”

Tudu made global headlines after he gained a scholarship to study a National Diploma in Sport (Performance and Excellence in Rugby) at Hartpury – one of the world’s most successful sports educational institutions – in 2008.

The award came after his sporting talents were spotted in Kolkata by Chris Yorke, a former rugby player visiting Kolkata, and former British diplomat Paul Walsh.

Chris’ father Richard introduced Tudu to his business partner and Gloucester Rugby legend Phil Vickery, who provided him with mentoring and supported his move to Hartpury, leading to those ‘Scrumdog Millionaire’ headlines and suggestions that his inspirational story had the makings of a film.

After staying at Hartpury to complete a foundation degree in sports coaching, Tudu launched his personal fitness coaching company Tudu Fitness on his return to Kolkata.

In 2018, Tudu received Sports Illustrated India’s Community Development in Sport award for the contribution he makes to society through the Adibasi Rugby Foundation, which aims to uplift and integrate the tribal community with various demographics and socio-economic groups.

Tudu said: “We truly believe that sport is a brilliant medium to instil important values, such as honour, team work, integrity and discipline.

“While we have begun our journey with rugby as a sport, we are hoping to expand into football and athletics as well.

“Apart from sports as a program, we also mentor and provide scholarship to several young boys and girls, who relocate to Kolkata for rugby.

“We arrange for them to attend high school and complete their education or develop basic life skills through vocational training programmes.

“One of the best experiences of my life has been at Hartpury and I am so grateful for the opportunity I got there.

“Today, whatever I am and whatever I have been able to give back to my community is because of rugby and the education and experience I have gained at Hartpury.

“There are so many memories to talk about and each one is exceptional.

“I sincerely hope that one day I am able to provide the kids and the community I work with, with the same opportunity I received at Hartpury.” 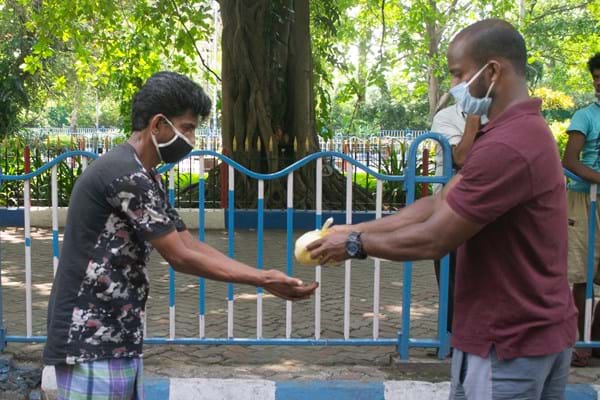