Hartpury is launching its first-ever non-League football club side aimed at providing students with further opportunities to become professional footballers.

Hartpury University FC will play in Hellenic League Division Two North when the new campaign gets under way following the disruption caused by the coronavirus pandemic.

The squad will comprise players aged 16 and upwards from the highly successful junior and senior football academies at Hartpury College and Hartpury University.

Paul Tassell, Football Academy Manager at Hartpury, said: “The academy continues to grow after the consistent success at college and university level and we have more than 40 players placed in non-League clubs to facilitate their development.

“Our successful relationships with a number of clubs have helped more than 35 of our players follow their dreams by playing professional football.

“The time is now right to give more opportunities to our growing base of young players and increase their development further.

“We hope to see more successes of our players in the future from this new innovative and forward-thinking project.

“We have an amazing team of staff who will drive this forward and continue our success.”

Dr Martin Longworth, a UEFA ‘A’ Licence coach who has worked in semi-professional football at various clubs and is a UEFA ‘B’ Licence tutor with the Football Association of Wales (FAW), has been appointed head coach.

Alongside his role as Senior Lecturer in Sports Coaching and Physical Education at Hartpury University, Dr Longworth has helped to develop its groundbreaking MSc Applied Performance Analysis in Sport programme.

Dr Longworth, who also manages the MSc Sports Coaching programme at Hartpury University, said: “I am delighted to be given the opportunity to be part of this new chapter of Hartpury football.

“We have a fantastic reputation for nurturing talent in college and university football, and this is now an opportunity for us to make our mark on the domestic game.

“The launch of Hartpury University FC will also have immense benefits for students enrolled on our various academic programmes, as it will provide them with opportunities to work closely with the squad, gain valuable industry experience and generate research outputs.

“It is an exciting prospect for me personally and I can’t wait to get started.”

Students at Hartpury – the UK’s premier sport and education setting – have been the English Schools Football Association (FA) U18 national champions for four of the past six years.

Hartpury has been officially accredited by the Talented Athlete Scholarship Scheme (TASS) for leading the way in how it supports talented athletes in education in England.

As well as top-level coaching and exceptional sports facilities, students at Hartpury have access to performance services that can include physiotherapy, sports psychology, nutrition advice, lifestyle support, and strength and conditioning.

Non-League football refers to football leagues outside the Premier League and the three divisions of the English Football League. 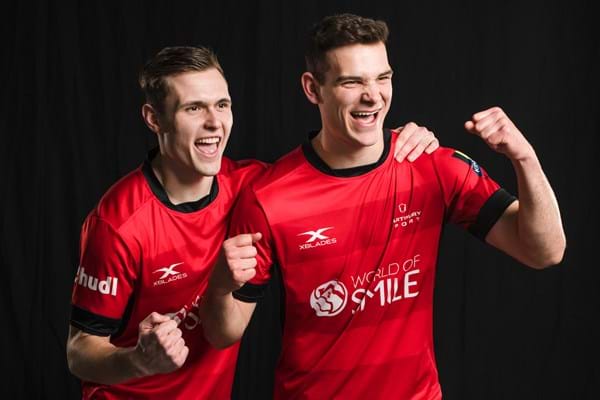