Hartpury has been shortlisted for two showpiece farming awards in recognition of its contribution to conservation and the performance of its 250-cow dairy herd.

The leading land-based education institution, which runs an extensive range of agriculture diplomas and degree courses, is among the nominations for the Farm Conservation Award and the Cattle Farmer Award in the annual Three Counties Farmer Farming Awards.

It comes just months after Hartpury was announced as the winner of the Promar International Milkminder Manager of the Year 2019 – Regional Award for the South of England.

Hartpury’s dairy herd, which is supported by modern facilities to enhance animal welfare and performance, produces 9,500 litres of milk per cow on an annual basis.

Andrew Eastabrook, Farm Manager at Hartpury, said: “We’re delighted to be shortlisted for two categories in the annual Three Counties Farmer Farming Awards and it’s a testament to the hard work of everyone involved.

“We’re committed to maintaining the highest standards of animal husbandry and bio-security on our commercial farm, which supplies produce to Sainsbury’s, Muller, Glencore and Frontier, while playing an important role in educating the next generation of farmers.

“We’re also determined to keep playing our part in supporting conservation efforts in Gloucestershire and beyond, which includes encouraging wildlife to thrive on our and around our 360-hectare campus.

“Our recent projects include laying strategically selected hedgerows to provide habitat for wildlife, planting more than 2,000 trees in partnership with the Woodland Trust, and the development of wet woodland areas to encourage wildlife activity.

“These activities also provide our students with worthwhile opportunities to get hands-on outside the classroom, so they’re enhancing their own career prospects as well as improving the world around them.”

Agriculture facilities at Hartpury include its new £2 million Agri-Tech Centre, featuring the latest smart farming technology, which is part of Hartpury’s ambitious 10-year vision to create a Digital Innovation Farm.

Degrees and diplomas at Hartpury provide routes into a diverse range of career opportunities within the UK and international agriculture industry, including farm management, agronomy, policymaking, research, science and consultancy.

The winners of the Three Counties Farmer Awards will be announced at a live online broadcast on November 26.

The awards aim to celebrate the achievements of the industry in Gloucestershire, Herefordshire and Worcestershire. 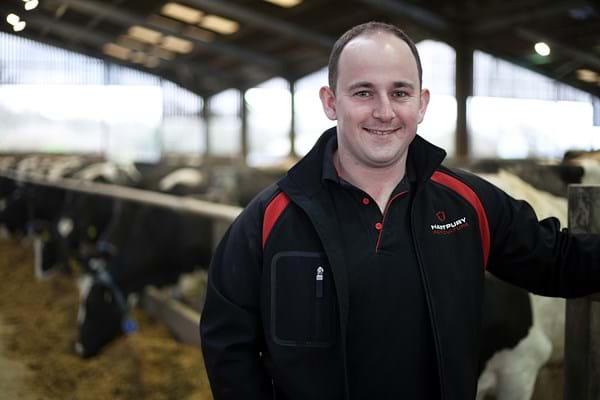