A new video has revealed the science behind the benefits of rock-drumming and how it can re-shape the brain to improve movement control.

The short video is a culmination of a 10-year investigation by a group of scientists from several UK universities, including Hartpury, who collaborated with iconic drummers including Blondie’s Clem Burke and Skunk Anansie’s Mark Richardson to explore how drumming practice affects the brain.

The animated film, available on YouTube, shows that playing for just 30 minutes, three times a week is a potent stimulus for the mind.

Crucially, it also reveals that drumming can be beneficial for people living with neurological conditions such as autism.

Professor Steve Draper, Dean of Research at Hartpury University and one of the co-founders of the Clem Burke Drumming Project, said: “It is exciting to see our findings communicated in such an engaging and accessible way.

“There is enormous potential to improve physical and mental wellbeing through learning to drum.”

Dr Marcus Smith, Reader in Sport and Exercise Physiology from the University of Chichester, added: “Drumming is a unique activity that is both physically and mentally challenging. It acts as a potent intervention in experimental trials that seeks to provide insight into how humans learn and subsequently behave.

“Our hope is that this new video will stimulate broad discussion and feedback that will help shape the direction of future rock drumming-based research.

“Fundamental to our work is collaboration and we welcome dialogue with any interested parties who may share similar areas of interest.”

The group’s most recent scientific study, revealed in the five-minute video, was published in the Nature Scientific Reports journal.

The investigation showed that drumming brings about positive changes in brain structure and function, leading to enhanced drumming performance.

It also supported scientists' previous work that demonstrated that playing leads to structural changes in the networks of the cerebellum, which sit below and behind the main structure of the brain and are associated with plasticity: the ability to change as the result of experience.

The idea behind the new animated video was to make the scientific investigation more accessible to a wider audience, according to King's College London’s Professor Steve Williams.

Professor Williams said: “This animation helps to showcase a new collaboration between art and science. We sincerely hope that our fun approach reaches the widest possible audience.”

Fellow academic Dr Ruth Lowry, from the University of Essex, added: “We have been able to widen the group of experts who contribute to the communication of the research findings.

“In doing so, we have been challenged to think about the central themes of the research to date and how to bring these concepts to life.

“We hope that viewers will find the video thought-provoking and welcome ongoing conversations about the findings and future direction of the research.” 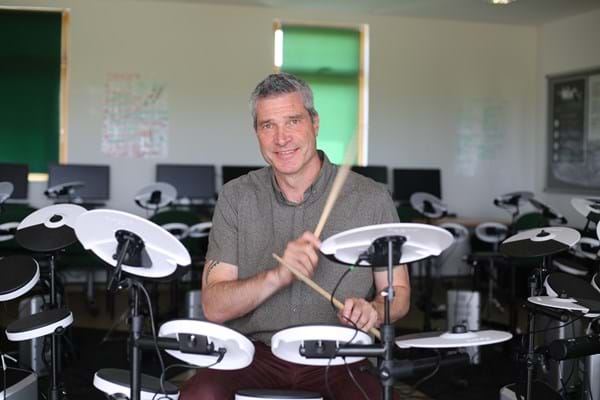